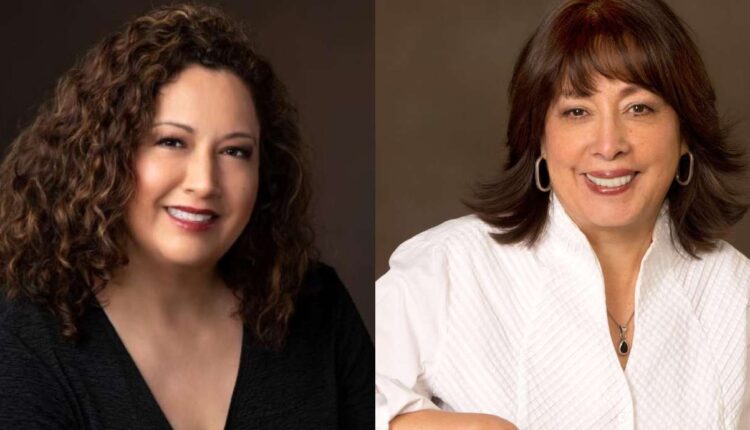 These Latinas have helped create 5,000 Utah small businesses — most of them minority-owned

WEST VALLEY — The Suazo Business Center has jump-started about 5,000 Utah small businesses over the past two decades, about 93% of which are minority-owned.

Two women have driven that success: the center’s founder, Gladys Gonzalez, and its current president and CEO, Silvia Castro.

The women, both immigrants from South America, know firsthand the challenges first-generation immigrants face when it comes to “making it” in the US They’ve used those experiences to provide culturally relevant, multilingual business advice and mentoring to entrepreneurs across the state .

“The whole concept of I want people that look like me, speak like me, and understand me to help me,” Castro said. “One of the amazing things about the work that we do at Suazo is that we get to change not only that person’s life but their family’s life … we can actually change the economic trajectory of a whole entire family.”

Making the path easier for others

Gonzalez was well into an established career when domestic terrorism forced her to immigrate to Utah from Bogota, Colombia, in 1991.

Drug traffickers annoyed by the extradition of a Colombian suspect to the US and an American pledge to send aid to help the Colombian government battle drug cartels escalated a terror campaign. Gonzalez said traffickers threatened that for every drug dealer that was extradited to the US, seven Americans or people who worked for them would be killed.

As an executive at an American bank, Gonzalez felt like she had a target on her back. The bank’s head fled the country almost immediately, while Gonzalez and other staff began working from a secure apartment with motorcade escorts to and from work.

“It was a very scary time for my family, my kids, for myself,” she said. “It was a horrible time because it was bombs exploding everywhere.”

Her bank offered to move her to Log Angeles, New York or Miami, but Gonzalez didn’t feel safe moving to a big city. Instead, she moved to Utah, which she had visited previously because of her faith in The Church of Jesus Christ of Latter-day Saints. She expected to get a job at a bank but was turned down multiple times. Her degree, ability to write, read and speak English, banking background and experience as a diplomat meant next to nothing to employers in the US

Gonzalez went from working in one of Bogota’s most important buildings, utilizing a personal chauffeur and having two maids to working three low-paying jobs to get by: caretaking, newspaper delivery and office cleaning.

“For me, cleaning floors in banks and all of this was a learning school because I learned to appreciate how much people need to fight when they come as an immigrant,” she said. “I had to start from ground zero to make a living in the US”

Despite that obstacle, Gonzalez soon launched Mundo Hispano, which became Utah’s largest Spanish-language newspaper and was eventually bought by KSL. During the paper’s first few years, Gonzalez and her daughter, Sandra Gonzalez, made up the staff. The duo juggled everything from writing and editing to designing and delivering the paper — all while continuing to work full-time jobs.

Gladys Gonzalez, left, poses for a photo with her mother, Carmen Ramirez, and daughter, Sandra Gonzalez during Thanksgiving weekend 2021. The trio live together in Texas. (Photo: Sandra Gonzalez)

At one point, strapped for cash flow, Gonzalez thought she’d have to close the paper. She went to then Senator Pete Suazo to tell him about the news. The senator was adamant that Gonzalez couldn’t shut down what he told her was the voice of the Hispanic community.

Suazo helped Gonzalez secure a microenterprise loan for $10,000 — enough to keep the paper going. By 2009, the paper’s readership grew to about 35,000 and it had seven freelance writers, as well as one correspondent in Mexico City and another in Colombia.

“It is not in circulation today, but it was what allowed me to live the American dream,” said Gonzalez, who also owned multiple businesses, including an ad agency and house-flipping company. “The newspaper didn’t give me money because all my money was already invested, but it gave me visibility and helped me to achieve other goals that I had.”

One of those goals was to open a business center that could help individuals the same way Suazo helped her. In 2001, after Suazo died in an ATV accident, Gonzalez founded the Suazo Business Center. Her vision for the center was to “put together all the things that we need to learn from the American culture and the good things we have to offer the American community.”

“We Latinos have an entrepreneurial spirit; it’s something natural for us,” she said. “My advice would be don’t believe that you are less than anyone else. You can go as high as you want. You can fulfill your dreams as long as you believe in them and take action.”

As Gonzalez was building a newspaper, Castro was going through the American school system.

Her family moved to Utah from Ecuador in the early ’90s, when she was 14, with the goal of ensuring she and her sisters had a better education and, eventually, better opportunities to be financially secure adults.

Adapting to “a brand new everything” wasn’t easy. Castro’s saving grace was that she and her two sisters were thrown into junior-high life together. They took the most advanced Spanish class their school offered — a small break each day from what Castro said was a completely foreign education system.

“I quickly figured out that it was kind of self-driven,” she said. “That was very fascinating to start. And that’s what I kind of figured out, that there’s a lot of systems here in this country that are self-driven. … So, that was one of my first lessons moving here and being a teenager. “

Silvia Castro poses for a photo at age 6. Castro moved from Ecuador to Utah with her family at age 14. (Photo: Courtesy of Silvia Castro)

That lesson would serve her well as she navigated school and eventually her career. From a young age, Castro knew she wanted to be in business. She made sure to take advanced placement (college level) economics and finance classes in high school and participated in the business and finance clubs Kearns High School had to offer. By the time she started at Westminster College, Castro said she was impatient to graduate and start her career. She graduated with a degree in international business in three years despite working full time.

“I was a woman on a mission,” she said. “But looking back, I wish someone would have told me to enjoy it a little more and get to know my peers a little better — because sometimes education is not just about the papers or attending school; it’s about the people that are literally sitting next to you. Let’s be honest, the people that are sitting next to you are gonna probably have a big say in where your jobs are gonna be for the next few decades because it’s all about networks.”

It’s one of the things that, as the first in her family to attend a US college, Castro said she just didn’t know.

Her first job out of college was as the Salt Lake Chamber of Commerce’s international trade specialist. In that position, she helped small businesses learn how to import and export products. The love she developed for small businesses during that first job stuck, even though Castro’s career would span government positions, including director of Hispanic Latino Affairs for two Utah governors, nonprofits like Goldman Sachs 10K Small Business Program, and working with executives and business owners from Fortune 500 companies.

Castro was working for the Salt Lake City Department of Economic Development when his current position opened up at the Suazo Business Center. She said something inside her told her she needed to go for the position.

“I loved what (Gonzalez) was trying to create with this center,” Castro said. “I just felt that they had been doing this amazing work, but at the same time that it could do more.”

She had two initial goals: to create a program for women to address the unique challenges they face and to push businesses to expand into mainstream markets.

“As long as our clients only thought of Latinos as their clients, they would always remain small,” she said.

In her five years with the center, however, Castro has accomplished those goals and more. The center has opened a second location in Ogden, more than tripled its staff, increased its budget five times over and significantly grown its reserves.

She said the most difficult thing she’s had to overcome to get where she is today is low expectations — something she said is “just part of the minority experience.”

The Suazo Business Center offers basic, intermediate and advanced courses for entrepreneurs as well as advising appointments in multiple languages. The center also offers help with applying for small business loans as well as in-house micro-loans for those who don’t qualify for traditional financing.

For more information about the center, visit suazocenter.org.

correction: A previous version incorrectly identified Silvia Castro as the executive director of the Suazo Center; she is the CEO and president.

StoryCorps in Utah: How to record your story in Salt Lake City, Ogden