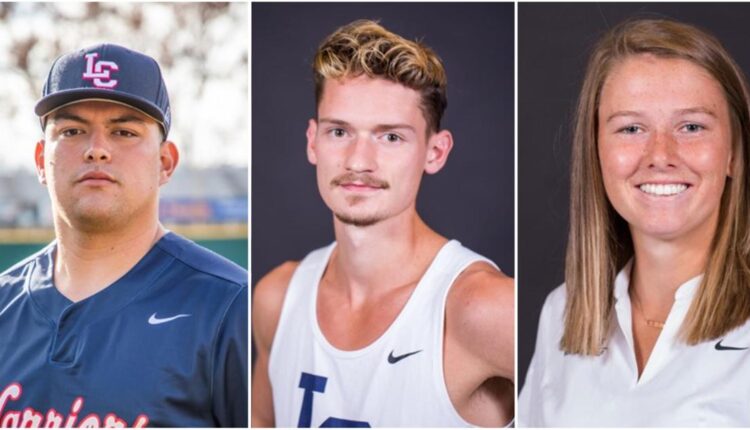 LEWISTON – Three other warriors received weekly conference awards on Monday. Brock Ephan of Baseball, Clayton VanDyke of Athletics, and Lauren Hamm of Golf have all been named Cascade Conference Embrace Health-Santiam Hospital Player of the Week.

Ephan was named Cascade Conference Player of the Week for the fourth time this season after another big weekend on the plate. He knocked in 13 runs in four games, four of them in the first two games.

Warrior Baseball will host the Cascade Conference tournament at Harris Field May 8-9.

VanDyke had two outstanding performances at the Bucs Scoring Invitational on Friday. The senior from Vernal, Utah won the 800 meters and reached an automatic qualifying standard. His time of 1: 52.23 is currently the sixth fastest in the NAIA.

The All-American also anchored the 4x400m relay team, which set the program record with a second place finish at the event. VanDyke ran a time of 3: 22.78 with Sean Spencer, Ike Hopper and Christian Bothwell. This is the second time that VanDyke has received the Outdoor Award.

LC State Track and Field will compete at the Whitworth Twilight in Spokane on May 5th.

Lauren Hamm – golfer of the week

Hamm won the tournament with five strokes and qualified as a single player for the national team. This is the second time she has received the award.

Warrior Golf’s sole representative will travel to Oklahoma, City, Oklahoma, May 25-28, for the national tournament.