The Class A state American Legion baseball champions outslugged the Alaska state champs 13-11 Saturday night in the second round of the Northwest Class A Regional Tournament at Uintah High School. (box score)

Butte (42-9) pounded 15 hits in the win, including a trio of home runs off the bats of Zach Tierney and Cayde Stajcar. Tierney hit two blasts, while Stajcar hit one in the victory. Butte will now play Minico, Idaho at 7 pm Sunday. (bracket)

A Miners win would guarantee them a spot in Tuesday’s championship game. 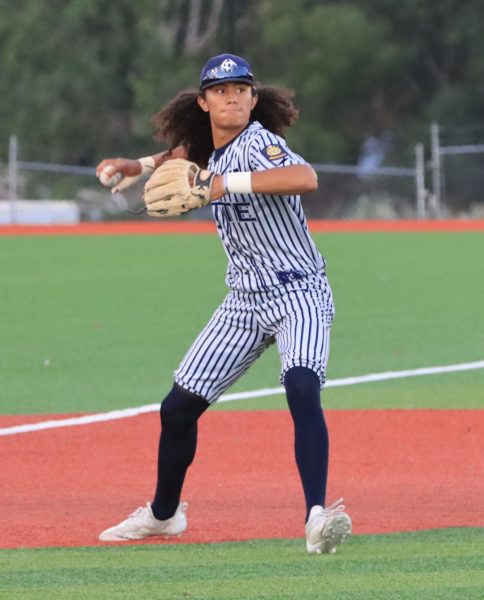 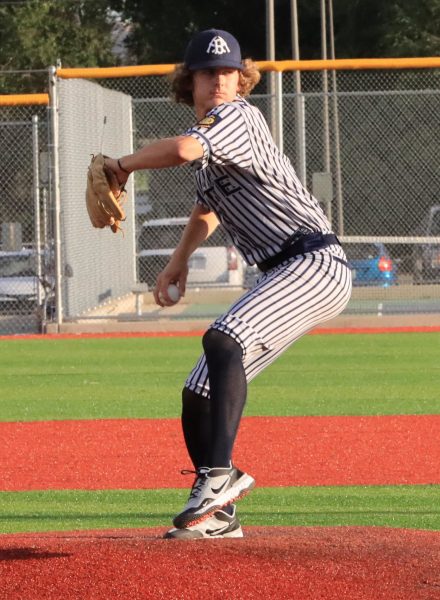 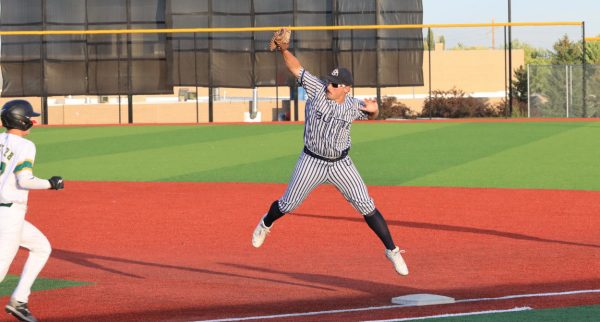 Miners first baseman comes down on the bag for an out. (Photo courtesy of Carrie Casagranda Leary)

Six Butte players had a multiple-hit game in the victory over the team from Anchorage. Butte did most of its damage with a seven-run third inning. That helped the Miners turn a 5-2 deficit into a 9-5 lead.

Tierney’s first home run, a two-run shot, put the Miners on top for good in that frame. Stajcar and Tierney went back-to-back the next inning. Stajcar hit a two-run Johnson before Tierney followed with a solo blast.

Egan Lester smacked a triple and two singles, while Kenley Leary hit a double and a single, and Quinn Cox and Ethan “Easy” Cunningham each hit two singles.

Rye Doherty pitched five innings to get the win against a tough Alaska lineup. He needed 1-7 pitches and is ineligible to pitch the rest of the way. Trey Hansen got four outs before George Riojas got the final out for a high-pressure save.

Rioja’s got Alaska’s No. 7 hitter to pop out to first baseman Aidan Lee for the final out with the bases loaded.

Alaska, which will play Ridgline, Utah in a loser-out game at 4 pm Sunday. Full names for the Alaska players are not available.

Robin Ince on the road: Salt Lake city is so friendly it’s like a horror movie