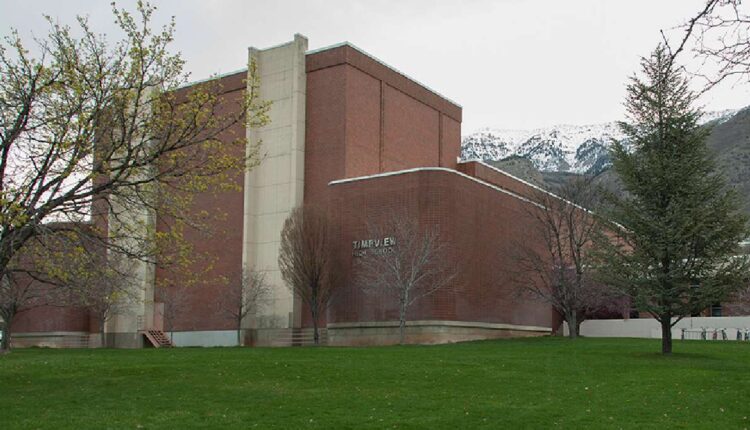 The coach of an ultimate frisbee team at Timpview High School was charged Friday with forcible sexual abuse involving one of his players. (Provo City School District)

PROVO — The coach of a high school sports team in Provo is accused of inappropriately touching one of his female players multiple times.

Between 2019 and 2021, when Merrill was a coach for the Timpview High School ultimate frisbee team, he began a “physical relationship” with one of his players when she was 16, according to charging documents. Police say Merrill and the girl began texting each other about a year earlier.

“The victim disclosed that on more than one occasion, (Merrill) would tell her to sneak out of her house and he would drive them to a remote location,” according to charging documents.

On three occasions, there was inappropriate touching between the two, both over and under their clothing, the charges allege.

“The victim also stated that she had conversations with coach Merrill where they talked about needing to keep the relationship a secret so as to avoid trouble with the police,” according to the affidavit.

Ultimate frisbee is a club sport and not a sanctioned high school sport at Timpview. The Provo School District did not immediately return a call from KSL.com on Friday for comment.