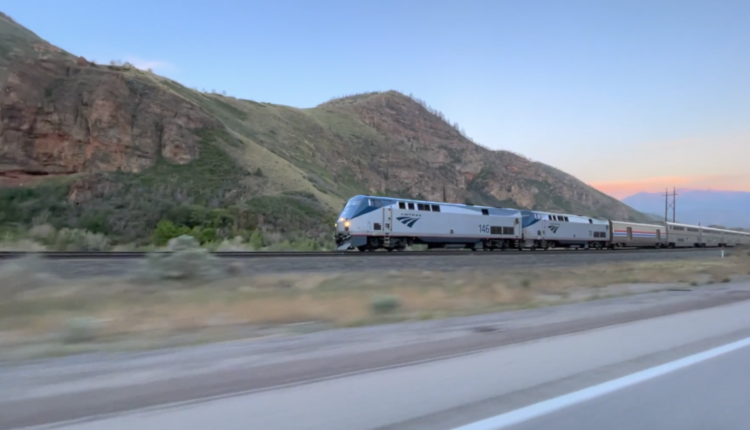 SALT LAKE CITY — Utah’s Department of Transportation has signed on to a letter to the federal government expressing interest in creating passenger rail routes that connect Boise and Las Vegas to Salt Lake City.

UDOT officials told FOX 13 News the letter was sent by the agency on behalf of Salt Lake City leaders and Amtrak, who are interested in passenger rail connecting the three cities.

“Were supportive of the efforts to further examine the potential here of what could be a transportation solution. It’s a cool concept,” UDOT spokesman John Gleason said. “The feasibility and what it would take to happen, those are questions that would have to be answered by others down the line.”

It is unknown when it would happen or even how much it would cost. The US Department of Transportation sought feedback on whether there was interest. Public transit advocates are hopeful that this letter could jump-start the idea.

“I’m excited. I can’t tell you how exciting it would be to hop on the platform here and go up to Idaho on a day trip,” said Christopher Stout, one of the founders of the Utah Transit Riders Union, as he stood at the Salt Lake Central Station, which connects Frontrunner, TRAX and Amtrak, in addition to bus services.

The Utah Transit Riders Union advocates for improved and increased transit options across the state. Stout said with the letter, it signals the potential for planning to begin.

“With Utah signing on, it makes sense because they can now allocate money to do the actual planning for any rail service that might be provided,” he said.

The Utah State Legislature was asked to consider a resolution supporting expanded rail across Utah in the 2021 session. The bill was killed in a committee.

Stout said this would have more federal involvement, although the legislature might need to fund some options. He said Amtrak could use existing rail lines operated by Union Pacific that run through Salt Lake City and into Idaho and Nevada. Amtrak currently runs a line through Salt Lake City starting in San Francisco and passing through Denver before ending in Chicago.

“The infrastructure exists here in Utah,” Stout said. “All you need to figure out is where the train is going to stop.”