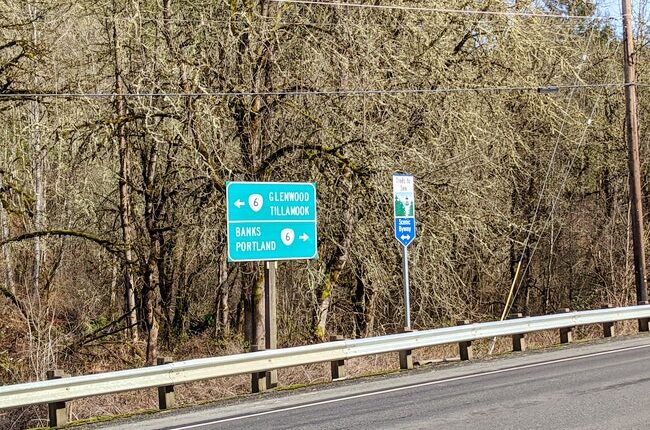 In an accident on the Wilson River Highway, which stretches from Banks to Tillamook, two people were killed after a collision on Saturday.

The intersection of Highways 6 and 8 in Gales Creek on February 24, 2021. Photo: Chas Hundley

In an accident on the Wilson River Highway, which stretches from Banks to Tillamook, two people were killed after a collision on Saturday.

The two-vehicle accident occurred in Tillamook County near mile 30, about three miles west of the Coast Range Summit.

According to the Oregon State Police (OSP), rescue workers and police reacted to the crash shortly after 1 p.m. on Saturday, July 31.

The preliminary investigation conducted by OSP found that Gary Thornock, 50, of Provo, Utah, was driving a Ford F350 east on Highway 6 when Thornock crossed into the west lane and found a GMC Sierra pickup truck owned by Jason Pierce, 43. met from Fairview. There were three passengers in the GMC; one adult and two minors. There were three young people in the Ford.

Pierce and one of the youths were killed in what the Tillamook County Sheriff’s Office called a “head-on collision”.

The adult passenger and other teenagers were taken to hospitals in the Portland area with serious injuries.

Thornock and two passengers were not transported from the crash area due to injuries; was a passenger.