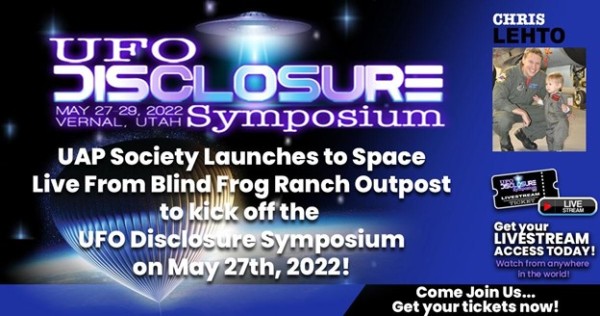 Current financial and government systems are failing the ordinary person. Governments continue to print money and hide information from their citizens. After 80+ years of UFO stigma, lack of science funding, and government cover-ups, we have made no headway in understanding the unidentified aerial phenomenon. Humanity needs a new paradigm to break through the information embargo.

Solution-Web3.0 is here now. Decentralized communities based on blockchain technology are entirely disrupting the whole system. Not in the future! Right now!

Imagine you could trust and participate in digital transactions from ANYWHERE in the world with just a smartphone with an internet connection. The technology is here, and we will use it to punch through the information embargo and find the truth of our universe for the good of future generations.

“For this DeSCI project, we will launch our own “UAP” balloon up to 120,000 feet, where it will explode. The payload will parachute gently (hopefully) to the ground while Alexei and I race across the desert with GPS trackers to hopefully get it back. The science payload has cameras and several data capture devices, including gamma and microwave detectors. We will also add other mysteries to the space box. We didn’t need any government or grant funding for this project. We NFT Community Funding alone.” – Chris Lehto., “Watch UAP Society’s first Space Balloon Launch Science Mission on May 27 from the UFO Disclosure Symposium in Vernal, Utah with us either Live and in person or via livestream. Get your tickets to the UFO Disclosure Symposium before they run out and be a part of this truly historic event.”

Join Chris Lehto, Alexei Novitzky, Paul Hynek, and other big names in the community live on UCR (Unidentified Celebrity Review) on 27 May.

“This project is inspiring! My father helped create the “Invisible College” of scientists to research UFOs because it had to be secret. Today, 50 years later, we can use decentralized blockchain technology to create a “Visible College” called the UAP Society. I can continue my father’s work, but this time with the help of an entire community. ” Paul Hynek, UAP Society Ambassador.

Sign up for a UAP Society whitelist spot at UAPSociety.com and come watch UAP Society’s first Space Balloon Launch Science Mission on May 27 from the UFO Disclosure Symposium in Vernal, Utah.

About the UFO Disclosure Symposium –

The UFO Disclosure Symposium was formed by the UFO Mega-Conference as an answer to getting vital UFO/UAP information out ‘”To the People, by the People. The organization was presented with incredible footage, by two footage holders. All four pieces were taken by top-notch military-grade infrared cameras and filmed by highly trained individuals. All four pieces display anomalous objects. UFO Mega is a not-for-profit Immersion Event Coordinator of Scientists, Researchers, and Experiencers led by Bob Brown, a Co-Founder of UFO Mega-Conference. Bob has been producing UFO-related conferences and events for over 35 years, attracting the top names in research and disclosure.