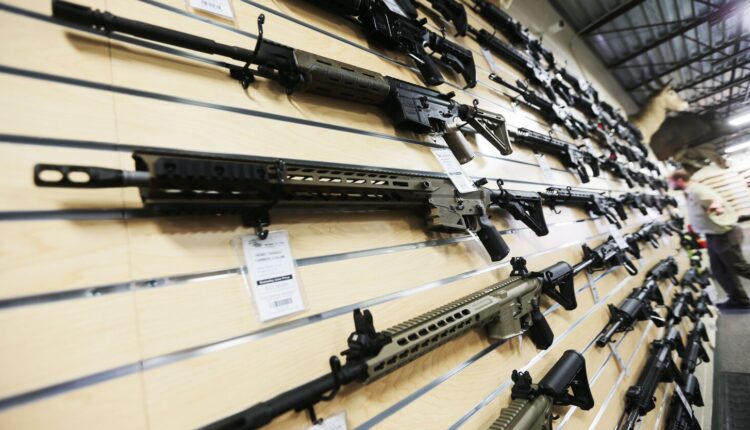 SALT LAKE CITY — Virginia may be 2,000 miles away, but it was at the heart of the Uintah County public meeting last week where the County Commission voted unanimously to become the state’s first Second Amendment sanctuary.

Police in eastern Utah communities, including the county seat of Vernal, will no longer enforce gun laws passed by state and federal lawmakers that county officials perceive as unconstitutional. Over 400 municipalities across the country have passed similar resolutions, according to The Trace, a nonprofit media outlet that specializes in gun coverage.

“There is definitely a movement in some of our more liberal neighbors and fellow states like Virginia that their governor and state legislature is trying to take action on the right to keep and bear arms,” ​​said John Stearmer, chief deputy Uintah County Attorney, who outlined the specifics of the ordinance on Wednesday.

The ordinance, which will take effect later this month, deems any effort to curtail gun ownership in Uintah County unlawful. This includes any new federal or state law that bans or limits the possession of firearms and firearm accessories, taxes or fees imposed on firearms that are not common to other goods and the registration or tracking of firearms or firearm owners.

Uintah County employees who enforce laws that the ordinance defines as unlawful could be charged with a class B misdemeanor.

The ordinance also makes exceptions for felons and other individuals currently prohibited from owning a gun, and will not impact the prosecution of a crime where a firearm was used, officials note.

“I appreciate the forethinking of our commissioners and the ability to pass this,” he said. “We don’t want to have to catch up like Virginia and have four counties running the entire state.”

The meeting came one day before the Virginia Senate passed seven bills that, among other things, enacted red-flag laws and universal background checks, the most recent step in a months-long effort to overhaul the state’s gun laws.

Virginia’s push for gun reform has drawn intense support and condemnation— The Trace reported that over the past year more than 120 towns, cities and counties in Virginia declared themselves Second Amendment sanctuaries. Last month, thousands of armed protesters flocked to the state capital in protest of gun restrictions.

Stringer said the ordinance was a preemptive measure to combat the passing of laws he perceives as unconstitutional.

“I’m actually a little sad that we have to do this, but I think it’s necessary,” he said. “I don’t want to be in the position of Virginia where those counties are passing this as a defense against an action that’s being taken.”

Stringer also said multiple Utah counties are considering similar resolutions and have reached out to him for copies of the ordinance.

Although Stearmer claimed the ordinance adheres to the Constitution, the legality of other Second Amendment sanctuaries has been questioned.

According to The Trace, Virginia Attorney General Mark Herring said these resolutions “have no legal force”; Washington Attorney General Bob Ferguson said any sheriff who chooses not to enforce recent gun laws would be held liable; and Colorado’s Attorney General Phil Weiser said sheriffs who don’t plan on enforcing the state’s gun laws should resign.