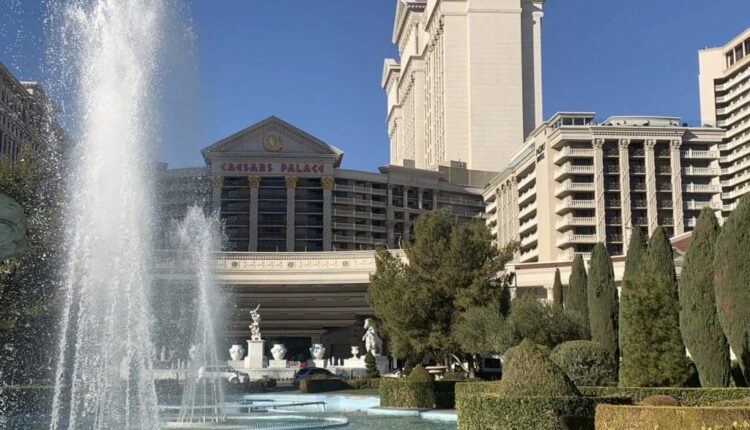 At the annual gathering of water managers and experts in Las Vegas — which sold out for the first time ever with over 1,300 attendees — the Upper Colorado River Commission (UCRC) released more details of a rebooted “system conservation pilot program” (SCPP). It originally ran from 2015 to 2018 and paid water users to use less Colorado River water.

The restarted program comes with $125 million of federal funding from the Inflation Reduction Act, with the goal of reducing Colorado River use and mitigating the impacts of long-term drought and depleted reservoirs.

A request for proposals released Wednesday, Dec. 14, set a price of $150 per acre foot of conservation. But applicants could be paid more if they can justify a higher price for their conservation project. The UCRC expects to award contracts in March to begin conserving water during the 2023 irrigation season.

The UCRC has also been studying the feasibility of a demand management program, which would also pay water users on a temporary and voluntary basis to use less water.

Discussion of the two water conservation programs comes at a moment when the nation’s two biggest reservoirs, Lakes Powell and Mead, are at historically low levels. Their combined storage is at just 26% of capacity, according to numbers provided Thursday, Dec. 15, by Bureau of Reclamation officials.

The annual gathering has traditionally included finger-pointing among different water use sectors, but federal appointee and chair of the UCRC Anne Castle cast the real villain as climate change in her opening remarks at Wednesday’s board meeting.

“The real enemy here is not the other basin, it’s not another state, it’s not alfalfa, it’s not golf courses,” she said. “The common cause we have to address is climate-change-induced lower flows and that’s what we have to work on together.” This field is irrigated with water from the Roaring Fork River, under a senior water right. The upper Colorado River Basin seems to be inching closer to implementing a demand management program, the heart of which is paying agricultural water users to cut back.
Brent Gardner-Smith/Aspen Journalism

Conceptually, the SCPP and demand management are the same: paying water users — mostly agricultural water users who are the biggest water users in the basin by far — to cut back.

The major difference between the two is that water saved from a demand management program would be legally set aside in a 500,000-acre-foot pool in Lake Powell to protect the upper basin against a compact call. A compact call could occur if the upper basin states (Colorado, Wyoming, Utah and New Mexico) can’t deliver the 7.5 million acre-feet of water per year to the lower basin states (Arizona, California and Nevada) as required by the 1922 Colorado River Compact.

As climate change continues to rob the Colorado River basin of streamflows, the threat of a compact call becomes increasingly likely. The framework for a demand management program was set out in the 2019 Drought Contingency Plan.

Any water conserved through the SCPP would simply flow downstream, becoming “system” water to be picked up by water users in the lower basin.

“If we are going to do it, I would much rather see it done in a demand management program where we can save the water, bank the water in our storage account in Blue Mesa, Lake Powell, Navajo and Flaming Gorge,” said Colorado River Water Conservation District General Manager Andy Mueller. “It’s much more in our interest in western Colorado that we keep that water to protect our interests and obligations under the compact.”

Officials said on Thursday that the SCPP program could eventually be rolled into a demand management program.

“We believe (the SCPP) can easily be transitioned into demand management as we learn about that,” Gene Shawcroft, general manager of the Central Utah Water Conservancy District and commissioner to the UCRC, said in a Thursday CRWUA conference panel. “There are steps being taken to move toward (demand management), one of which is the SCPP.”

The state of Colorado conducted an in-depth study of demand management feasibility, convening nine workgroups to investigate different aspects of a potential program like impacts to the environment and agriculture and how to monitor and verify water savings. Earlier this year the CWCB placed it on the back burner to focus on a “drought resiliency toolkit” while officials waited for the report from the UCRC’s interstate demand management feasibility investigation, which was released Wednesday.

A summary of the 63-page report says that next steps will include a committee drafting a program concept to present at the June 2023 UCRC regular meeting. Commissioners could consider approval of a demand management program at this June meeting.

“I think if a demand management program is approved, then we will definitely use the lessons learned from the pilot program,” said Becky Mitchell, executive director of the Colorado Water Conservation Board and commissioner to the UCRC. “The difference from this pilot program versus the last one is the funding. We’ve never had this kind of funding before.”

The original SCPP saved about 47,000 acre-feet of water in the upper basin at a cost of about $8.6 million over the four years. Colorado Water Conservation Board Executive Director and Commissioner to the Upper Colorado River Commission Becky Mitchell, center, speaks on a panel with representatives of each of the seven basin states at the annual Colorado River Water Users Association conference in Las Vegas Thursday, Dec. 15, 2022. The UCRC released additional details of a water conservation program this week.
Heather Sackett/Aspen Journalism

The Glenwood Springs-based Colorado River Water Conservation District, which covers 15 counties on the Western Slope, will play a key role in approval of projects enrolled in the renewed SCPP. Both the CWCB and River District will have to sign off on projects within the district’s boundaries. Durango-based Southwestern Water Conservation District will also be involved in the approval of projects in its district, according to general manager Steve Wolff.

River District General Manager Andy Mueller has long said that a demand management program could pose risks to Western Slope communities and should have sideboards to mitigate any negative impacts. Mueller said he did not yet know exactly what the River District project approval process would look like.

Along with the state of Colorado, the River District has been a leader in looking into a demand management program. The district developed its own conceptual framework for a program and was one of several entities that commissioned a study on the potential secondary economic impacts of a program. It showed a small number of jobs would be lost if some water users were paid to fallow fields.

Upper basin officials say they will scrutinize project proposals for evidence of those trying to unfairly profit from the sale of water. Third-party agents will be a red flag, UCRC Executive Director Chuck Cullom said.

“One of the clues to speculation is compensation to a third party to help you,” Cullom said. “The other thing is the compensation relative to the activity. So if you have a corn operation and you’re asking $1,000 an acre-foot, that seems like that’s out of sync with a reasonable return on your typical corn crop.”

But preventing speculation may be easier said than done. The state of Colorado convened a workgroup to explore how to do that, but the group did not come up with any recommendations because members couldn’t reach consensus. State lawmakers also gave up on an effort to enact anti-speculation legislation after it was met with resistance from agricultural water users. An amendment to the draft legislation floated by the River District also failed to gain traction.

Upper basin officials have consistently pushed back on questions of how much water can be saved through conservation programs, saying there are too many uncertainties to offer a number or make guarantees. Mitchell said she would rather under-promise and over-deliver.

“It’s hard to predict what we can do next year, because the predictions have consistently failed,” Mitchell said. “We have planned on a river that is not there so for us to make a commitment… is not a gamble I would take.” Aspen Journalism covers water and rivers in collaboration with the Craig Press. For more information, go to AspenJournalism.org.

A Montana Addiction Clinic Wants to Motivate People With Rewards. Then Came a Medicaid Fraud Probe.