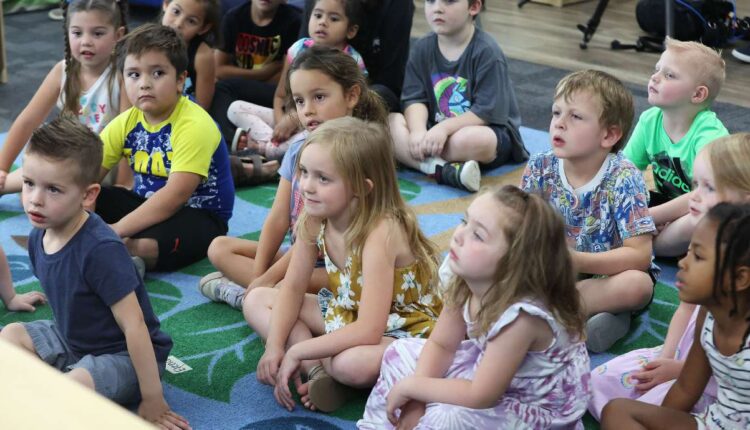 SALT LAKE CITY — The state of Utah is often regarded as family-centered, with the highest number of children per capita. New data released by the US Census Bureau shows where the state has triumphed and fallen short on behalf of its children.

Children nationwide saw a decrease in child poverty rates and an increase in health coverage insurance in 2021, according to the US Census Bureau. The data revealed that child poverty fell to its lowest recorded level — from 9.7% in 2020 to 5.2% in 2021, when calculated by the Supplemental Poverty Measure.

When calculated by the official poverty measure, child poverty declined 0.7 percentage points from 16.0% to 15.3%. The official poverty measure is calculated by a person’s or family’s income set to thresholds that can vary by the size of the family and ages of its members. The calculation does not include in-kind benefits such as nutrition assistance, housing and energy programs, or regional differences in costs.

The different methods of calculating poverty can create challenges when comparing state data.

We’re doing better than every other state in the country for children and that’s something for all Utahns I think to be proud of.

“You get valid results nationally but not at the state level — especially in a small state like Utah where we’re about half the size of the average state. So that’s where we don’t have good single-year data for what impact did the child tax credit expansion have in Utah,” said Matthew Weinstein, Voices for Utah Children’s state priority partnership director.

Recent data calculated on a state level revealed that Utah has the second lowest poverty rate nationally at 8.6% and the lowest in the nation for children at 8.1%, according to data gathered in the 2021 American Community Survey. Total figures placed 281,763 Utahns, including 76,102 children, below the poverty level overall.

“Those are still … they’re big numbers but it’s something we can really still feel very good about. We’re doing better than every other state in the country for children and that’s something for all Utahns I think to be proud of ,” Weinstein said.

So what makes Utah different when it comes to children?

The cultural values ​​placed on marriage and family have provided a “huge advantage” when weighing poverty numbers, Weinstein said. Utah ranked 11th overall for median household income in 2021, a ranking he attributes largely to dual-income households.

“Considering that we’re not a high-wage state, our median hourly wages are below the national average … that wonderful Beehive work ethic combines with our strong commitment to marriage and family to give us these tremendous cultural advantages when it comes to poverty and child poverty and our overall level of household income,” said Weinstein.

While Utah has triumphed in many ways on behalf of its children—there are still some strides to be made.

The American Community Survey revealed that 84% percent of Utah’s low-income children who qualified for Medicaid in 2021 were not enrolled — the highest rate in the country of the 36 states to expand Medicaid.

While the number of those enrolled in Medicaid grew in January 2022, that number will not likely last. The rise in enrollment is largely attributed to the COVID-19 pandemic and the declaration of a public health emergency. Congress increased funding for Medicaid and passed laws to keep individuals from losing Medicaid coverage during the national health emergency.

The changes also were reflected nationally with the uninsured rate among children decreasing 0.6 percentage points to 5.0% between 2020 and 2021, likely driven by the increase in access to the programs.

Now as President Joe Biden has declared the “pandemic over,” the public health emergency is due to expire, leaving Utah children vulnerable.

“When the (public health emergency) ends, that’s when I think we will we will see some real shifts, and that is something that keeps me up at night — is what will be the impact?” said Jessie Mandle, deputy director and senior health policy analyst with Voices for Utah Children.

While Mandle considers providing insurance for every child statewide as “the right thing to do for our kids” it is also cost-effective, she argued.

“Without that basic foundation of health insurance, they really are already at a disadvantage. We’re already creating more barriers for kids to be able to thrive,” said Mandle. “Health insurance is so critical for kids and to be able to not only be helping in the short term but also for their long-term health and as well as their actual academic success and even their economic outcomes later in life.

“Our state and local governments are spending almost $9 million every year in pediatric uncompensated care and that is more than it would cost than the bill to cover all kids,” she said. “It’s so critical that we meet this moment. I really just, this is my hope is that our state leaders will see that.”

Most recent State of Utah stories

Ashley Fredde covers human services and and women’s issues for KSL.com. She also enjoys reporting on arts, culture and entertainment news. She’s a graduate of the University of Arizona.