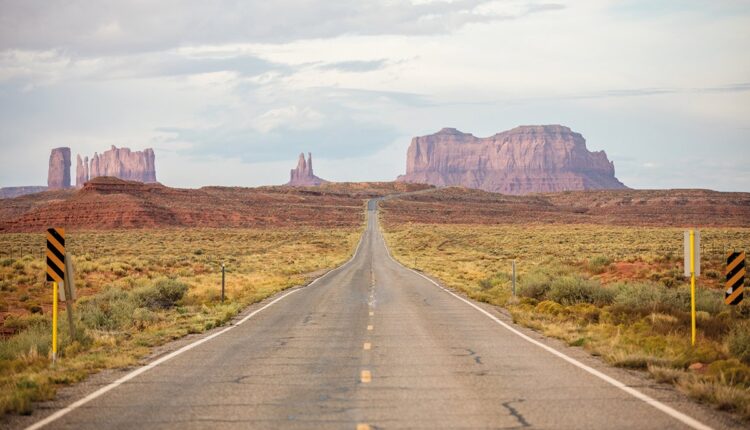 Salt lakes, winter sports, Sundance Film Festival, Utah Jazz basketball, wild west movies and much more. The western American state of Utah is famous for many things, and yet its cycling, somehow, goes under the radar.

The home of former Grand Tour stage winner David Zabriskie, as well as the Tour of Utah race, won over the years by Levi Leipheimer, Tom Danielson, Joe Dombrowski, Lachlan Morton, Sepp Kuss and more before it was struck down by Covid-19 , Utah is one of North America’s most underrated places to ride your bike.

The Southwest Region of the US offers a wealth of road and gravel cycling possibilities, and Utah is no exception as a lesser-known but no less sensational cycling destination than its neighboring states.

Park to park from Park City

Utah already has a reputation as a top-tier mountain biking destination, but there is also a vast playground of drop bar riding waiting to be explored.

With the Mighty 5® National Parks – Arches, Bryce Canyon, Canyonlands, Capitol Reef and Zion – as well as 43 state parks, both loops and point-to-point route options are plentiful, and the rides between state and national parks feature stunning scenery, unexpected national monuments and picturesque towns to be explored.

It’s worth visiting both Northern and Southern Utah for the full riding experience. Northern Utah is best for mountains – including the 4,123m King’s Peak, one of North America’s highest – and with its lakes and reservoirs it has an almost Alpine feel, while Southern Utah features more of the classic red rock and canyon landscape instantly recognizable from iconic Film and television favorites such as Butch Cassidy and the Sundance Kid and Westworld.

Utah has a collection of 28 designated ‘Scenic Byways’ that guide riders through the state’s finest surroundings.

For road riders the north, which turns into one of the world’s finest winter sports destinations when temperatures drop – Utah has even trademarked the phrase The Greatest Snow on Earth®, and hosted the 2002 Winter Olympics from Salt Lake City – is a mouth-watering prospect.

From Salt Lake City, the state capital, you can follow an impressive loop out of town through the Wasatch Mountains and Park City’s Alpine resort to Dinosaur National Monument in the northeast, home to the fossil-filled Dinosaur Quarry.

From there it takes you through Flaming Gorge National Recreation Area and across state lines into Wyoming before coming back into Utah to finish via the strikingly turquoise-coloured Bear Lake and along the Logan Canyon Scenic Byway.

However, don’t ignore the south. Scenic Byway 12 runs from Capital Reef to Red Canyon and is a certified ‘All American Road’, boasting neverending views, historical sights and, most importantly, hairpins.

Utah’s 28 Scenic Byways are the best way to explore the state by bike, from the breathtaking natural scenery of Capitol Reef National Park

It also takes riders via the International Dark Sky Community of Torrey, where star-gazing is a must. On top of that, the UT-95, which takes in White Canyon Country and Natural Bridges National Monument, is known as the ‘Trail of the Ancients’ and features Monument Valley, the Valley of the Gods rock formations and the stunning switchbacks of the Moki Dugway, where the highway turns to gravel on the 11% ascent up to the Cedar Mesa plateau.

For more cycling adventures in the south, Kanab – known as ‘Little Hollywood’ for its history as a film and TV filming location – is a great base. It’s just 30 miles from downtown Kanab to the edge of the Zion National Park and striking views of the Checkerboard Mesa and the East Temple.

Speaking of gravel, it should come as no surprise that Utah has an abundance of the best gravel riding around. Outside of taking your gravel bike on an all-thrills trip through mountain bike routes, there are endless gravel roads and trails to be discovered in the state.

Utah has an established reputation for MTB with Moab’s sensational trails and slickrock (such as Porcupine Rim and Amasa Back), however there is so much more to explore in state by road or by gravel.

Two of the United States’ primary gravel events are held in Utah. Crusher in the Tushar begins in the town of Beaver in the southwest, birthplace of Butch Cassidy, and finishes at the heights of the Eagle Point ski resort.

In between lies 69 miles of dirt, gravel and tarmac that takes in over 3,000m of elevation, and that’s after starting at Beaver’s 1,799m altitude. In return, riders are rewarded with spectacular views from the Tushar Mountains and Fishlake National Forest to ease the physical suffering of making it to the finish.

Alongside that, the Utah leg of the Belgian Waffle Ride series is a 130-mile brute from Cedar City, which is just down the road from Beaver, but heads in the opposite direction with a loop north and west before coming back round to Cedar City .

It’s 75% off-road and is undulating to say the least, accumulating around 2,000m of elevation through Red Hills dirt, Shirtz Canyon and the singletrack around Iron Hills. These events are regularly raced by professionals including native Utahn Keegan Swenson, gravel’s dominant rider in 2022 who has won both races, but entries are open to the public too.

It also goes without saying that the routes we’ve mentioned here represent just the start of Utah’s gravel possibilities. Good gravel surfaces and an ideal natural landscape of mountains, forest and desert makes this an ideal bikepacking location, with routes for multi-day adventures readily available if you don’t fancy plotting your own.

There’s so much more to Utah than meets the eye, and there’s even more that the eye rarely meets. Whether it’s road, gravel or both that you’re looking for, there’s no doubt Utah has it in spectacular spades. It’s a cycling sensation beginning for two-wheeled visitors to explore.

• For more information on cycling in Utah, see visitutah.com