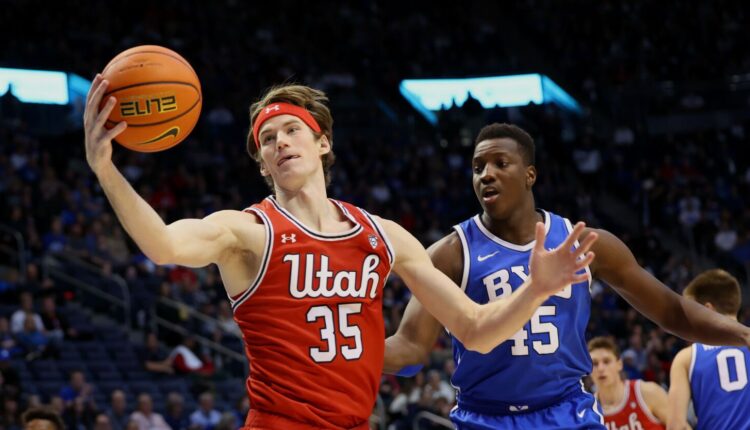 At this point last year, the Utah Utes had an 8-4 record, which included wins over Abilene Christian and Bethune-Cookman, but also Boston College and Tulsa. Their first loss came to rival BYU.

They went on to finish 11-20, take 11th place in the Pacific-12 Conference and were eliminated in the first game of the league’s post-season tournament.

Coach Craig Smith has much higher hopes this season. Now in his second year, his hunch seemed accurate after an 81-64 victory over fourth-ranked Arizona Dec. 1, followed by a road win over Washington State.

They had a chance to take his premonition another step on Saturday afternoon at the Marriott Center, but Fousseyni Traore got BYU off to a fast start and Rudi Williams tied his season high with 26 points, and the Cougars withstood Utah’s late rally to post a 75 -66 wins in front of 14,355 fans.

“Rough night for the Utes,” Smith said. “Obviously, we’re disappointed in the result. I thought they (the Cougars) out-toughed us in every aspect, and their crowd really impacted that game.”

BYU’s success temporarily made many of its fans forget the pre-game show was under way for the Cougar football team’s bowl game. The Cougars didn’t dominate any part of the game statistically, but seemed to be quicker to loose balls and made big shots when needed.

Senior center Branden Carlson, who led the Utes with 18 points, said his team didn’t play together like it has while winning seven of its eight home games. Utah, however, has had limited experience so far playing true road contests. Its Dec 4 match at WSU required overtime before the team came together at the end to post a 69-67 win.

Road test no. 2 had a different outcome.

The Utes led a couple of times early in the game, taking a 12-10 advantage on a 3-pointer by Brandon Carlsen, and then a pair of free throws by Lazar Stefanovic and a basket by Carlson extended the margin to 20-15.

But that was it. BYU controlled the rest of the game, put together a few scoring runs and prevented the Utes from creating any momentum. Eventually, the Cougars extended the lead to 59-44 until the Utes got their sparse fans excited with a 13-1 run.

Guard Rollie Worster was in the middle of it. Worster tied his career high with 19 points and got the Utes off to a fast start in the extra session in Pullman, Washington. In Provo, though, Worster was again a factor. He had 12 points but was 0-5 from three-point range and at least three of those shots were air balls. He played the most minutes of any Ute (36:04) and added a team-high five assists, but didn’t have the late-game magic needed for the Utes to pull out the victory.

“We just lost some poise and composition,” Smith said. “We’re going to learn from this and grow. We had a great opportunity tonight but weren’t able to pull it out.”

Smith and Carlson admitted they were going to let the loss sink in, but they won’t have much time to recover as the season quickly progresses against more-difficult opponents. Next is a Dec. 21 match against TCU at Vivint Arena, then the Pac-12 season restarts with road games at Cal and Stanford, which will likely have fans as rabid as they were at the Marriott Center.

If the Utes are to prove Smith right, they’ll need to start another run of victories, which has to include winning on the road and making the big plays late in the game.