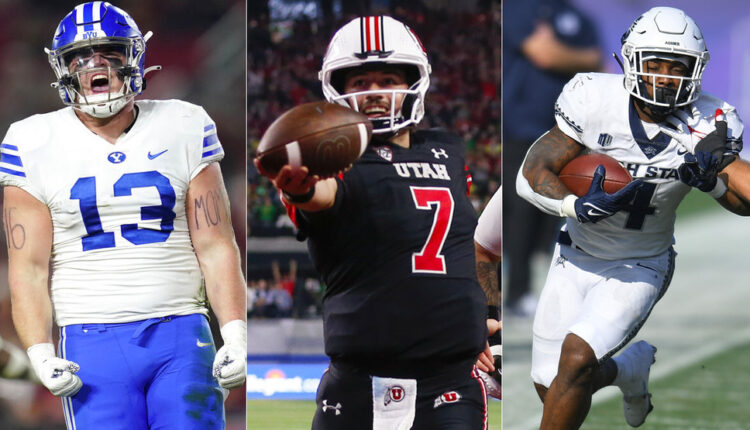 BYU, Utah, and Utah State all learned their goals and opponents for bowl games after the latest college football playoff rankings were released.

The last ranking brought the Utes to 11th place, past BYU, which dropped to 13th place.

Both the Utes and the Aggies won their first conference championships.

Their dominant win over Oregon in the Pac-12 Championship brought Utah to the Rose Bowl – the grandfather of all. What they learned Sunday morning was their opponent – Ohio State’s No. 6 from the Big 10.

As the winner of the Mountain West Championship, the state of Utah will take on Oregon State from the Pac-12 at the Jimmy Kimmel LA Bowl on December 18.

BYU was hoping to play as a big team in their first New Year’s Six Bowl. There wasn’t enough movement in the ranked teams before them, however.

The Cougars play the 8-4 UAB Blazers of Conference USA at the Independence Bowl on December 18th.