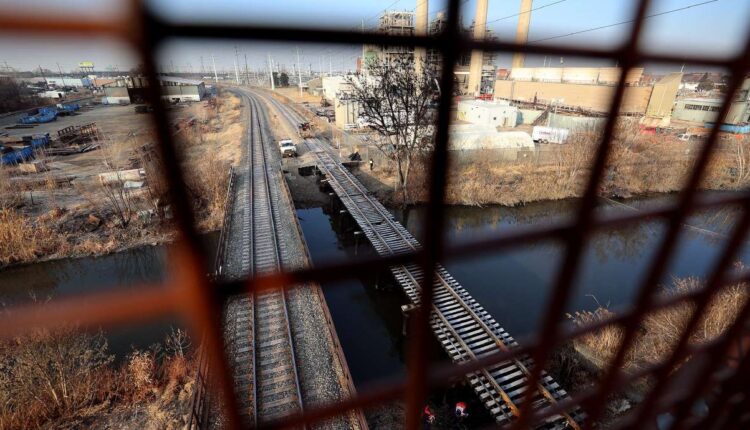 Utah-based Cold Case Coalition on Tuesday announced the launch of a nationwide database for railroad-related homicides, which the group’s founders say has already led to possible clues in the case of an unidentified serial killer. (Scott G. Winterton, Deseret News)

SALT LAKE CITY — Utah-based Cold Case Coalition on Tuesday announced the launch of a nationwide database for railroad-related homicides, which the group’s founders say has already led to possible clues in the case of an unidentified serial killer.

Karra Porter, one of the group’s founders, said she and others have worked on the project for two years.

“There’s an awful lot of deaths related to freight trains that just have gone unsolved, and it’s really not the fault of law enforcement in most cases, because these things are just extremely difficult. They may be the most difficult types of homicides to resolve, because oftentimes the victims have no relationship to where they’re found or where they’re killed,” Porter said.

Two years ago, the group decided to see what it could do to help solve those unsolved crimes. The group saw the need for a national database to track people who were injured or known to ride freight trains who were arrested, and to help identify bodies and suspects in unsolved murders.

In 1979, a man who has not yet been identified was stabbed in the backs of his thighs with pants around his ankles, which the Cold Case Coalition says fits the pattern of a serial killer of train riders in northwestern states that began a few years later .

“We get this database cooking, and one of the things we include is the type and manner of death, anything unusual about the death, and lo and behold, this very unusual method of homicide, we find one in Salt Lake — unresolved — and it’s at least three years or more before they’ve got their first ones in Idaho and in those areas,” Porter said.

She said the group doesn’t know if the man was killed by the unidentified serial killer from the northwestern states, but the possibility gives the investigation a “new perspective.” If the killer did start in Salt Lake City, investigators can now look for other attempted homicides that might be related.

Should the theory prove to be true, Porter said it would help connect seven cold case deaths.

The group — which used to be known as Utah Cold Case Coalition but has been renamed due to its national focus — took on the project with thousands of volunteer hours in hopes of finding clues to pass along to law enforcement.

“Persons who were found in box cars, someone might hop a train in Nevada and be stabbed and not found until they’re in Helper or Colorado or Nebraska. There’s also an awful lot of homicides committed by freight train riders,” she said.

Same is true for perpetrators, as someone could hop a train in Nebraska, travel to Ogden or Salt Lake City and then commit a crime, and then they get on the next train to Montana or Washington, according to Porter.

The coalition tracked down research done by a Spokane, Washington, police officer named Robert Grandinetti who had compiled thousands of pages of material as he interviewed train riders. Though he is now deceased, his family provided the research to the coalition.

“We’re in the process of getting reports from all over the country. There’s nothing like this,” she said.

The Cold Case Coalition can search the database to help members of law enforcement and families with missing relatives who had a connection to freight trains. Utah alone has several unidentified bodies found on freight trains, Porter said.

In the database, the researchers can search names and cities, or even search words such as “tattoo” and “heart,” to help connect the dots, according to Porter. The information compiled in the database predates electronic sharing of information.

While the database now holds records into the thousands, Porter said it remains a work in progress, and the group welcomes people who want to help.

“We’re all volunteers and we have no budget, but this is huge for us,” said Renee Van Tussenbrook, a coalition board member. “Every family deserves answers.”

The Success Story Of One Caribbean Island