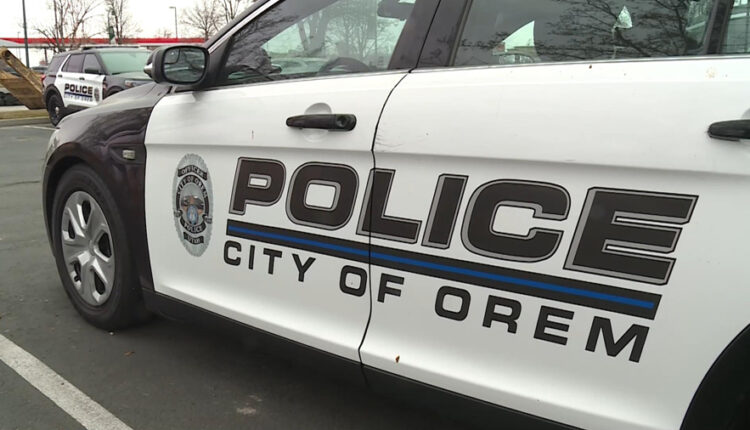 OREM, Utah — An Orem man who police say caused extensive damage to his home was arrested by a SWAT team on Sunday, but then continued his destructive behavior after he was taken into custody, according to police.

The incident began when a 32-year-old man whom police described as “manic,” caused approximately $10,000 damage to the home he rents, according to a police booking affidavit. He “destroyed every interior door, the exterior door, every window in the home, some cabinetry, and put several large holes in the walls throughout the home,” the affidavit states.

Police say the man caused the damage “while texting and sending videos of himself doing it” to his girlfriend who also lives in the residence but was not home. The man “broke all of her property that was in the home, while harassing her via text, video, and social media,” according to the affidavit.

The man then barricaded himself inside the home and a SWAT team was called. As the team tried to talk to the man to get him to surrender, they flew a drone inside the residence, the affidavit states. The man “grabbed the drone and threw it out the window destroying it,” according to the affidavit. The drone was worth an estimated $1,500.

After the man was taken into custody, he was placed into the back of a Provo police patrol car. Once there, he “began kicking the door of the patrol car causing significant damage to the vehicle,” police stated. Damage to the patrol car was estimated at $1,000.

The man was booked into the Utah County Jail for investigation of several counts of criminal mischief and damaging the patrol car.

Missing teen out of Clinton area