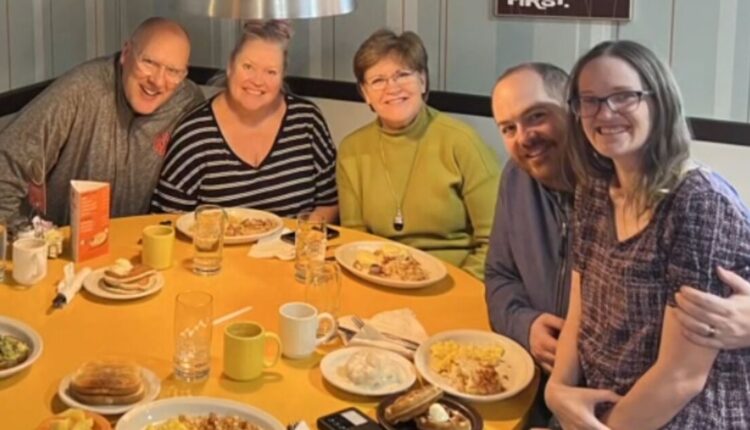 NORTH SALT LAKE, Utah — Widespread flight cancellations across the United States led one North Salt Lake couple to team up with some people they had never met to get home for the holidays.

After visiting family, Spencer Horn and his wife Jana flew out of Des Moines, Iowa to Denver, Colorado on Wednesday on their way back to Utah.

“I have 16 notices from Southwest that flights were canceled and delayed,” said Horn.

Stuck at Denver International Airport and trying to figure out what to do next, Horn said they were approached by a woman who was on their flight from Des Moines to Denver.

“She says, ‘Well, what do you think if we rented a car together?'” said Horn. “We’re waiting for the rental car bus and there’s another couple and they just start chatting with us, and we find out they’re from Vernal, Utah, and they had come to Denver on their way to Toronto to go meet some friends for a special occasion and they were stranded.”

At 2 am on Thursday, the Horns and three people they had just met — Chrissie, Joe and Kay Lyn — packed into a minivan and began their trek back to Utah.

“I’m comfortable driving in the snow, so they nominated me to be the driver,” said Horn.

Horn said due to the snowy weather, I-80 wasn’t an option, so they headed west from Denver on I-70.

“We went up to that 11,000 feet, that Eisenhower Tunnel, and we sat there for about 90 minutes,” he said. “We made it to Glenwood Springs by 9 that morning stopped at Village Inn and had a breakfast together.”

After the pit stop, they headed northwest down some backroads to Vernal, dropping off Chrissie and Joe.

Horn said they then went through Heber City and eventually made it to the Salt Lake City International Airport at 3:30 pm on Thursday to drop off the car.

“I look at it from my perspective as a small miracle for us,” said Horn.

That allowed the Horns to be back just in time to go to Luminaria at Thanksgiving Point with his family that night, just hours after getting home.

The entire experience for the Horns could be summed up best by a sign that hangs inside their North Salt Lake townhome, which reads: “Sometimes you win, sometimes you learn.”

“We definitely won some new friends, and I think the biggest thing that we learned is there are so many good people,” said Horn.

Even though they spent 13 hours in a car driving together through a snowstorm, these strangers turned friends have formed a real bond.

Horn tells FOX 13 News he and his wife will actually be seeing Kay Lyn and her husband Wednesday night.

He says he also hopes to reunite with Chrissie and Joe at some point down the road.