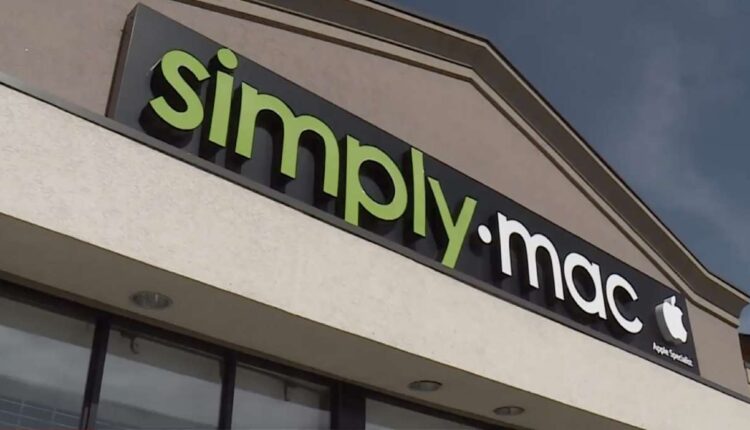 Utah father one of hundreds of Simply Mac employees out of work, after company shuts down

SALT LAKE CITY — There are already a lot of pressures that come with starting a new family, while going to school but Kameron and Taylor McCurdy say they didn’t need the added stress of suddenly losing their income.

Simply Mac sent out a notice to all its employees saying that it is unable to make payroll in the future. Employees say there were signs that things were not going well, but that this announcement came without warning.

“We’re not really sure exactly what the future holds,” Kameron said. “Bankruptcy doesn’t really seem like, you wake up at 6 am and decide to close down your entire company you know that’s nationwide.”

But Kameron says that’s at least how it appeared to go down, since they had no warning, just an email, and a call from his Orem store manager.

“Everybody’s terminated, he was kind of panicking over the phone,” Kameron said.

Add to that, the fact that Kameron is now owed about two weeks of pay.

“As a family, you know I’m a stay-at-home mom, and so I rely on him to go to work every day to bring home money so we can afford groceries, and we can afford to pay our bills.”

And chances are, they may never see that final paycheck.

Dane Hines, a bankruptcy attorney in Provo says in a chapter seven liquidation like the one Simply Mac says they’ll file for creditors are paid off first. Employee wages are typically fourth-level priority.

“It would be surprising,” Hines said about the chances of employees getting their final paycheck. “The smaller the company, the less-likelihood there is of there being any assets that aren’t fully encumbered with security interests.”

But Hines says it’s still worth filing that claim just in case. In the meantime, the McCurdys say they’re lucky enough to get help from family, and they’ll start looking at what they can sell.

“I wish they had just warned their employees ahead of time and had just been honest with everyone,” Taylor said.

In that letter to employees, Simply Mac’s CEO says the pandemic hit them hard, and despite over $5 million in PPP loans, they were never able to recover, forcing a Chapter 7 bankruptcy.

They have over 50 stores across the US, including several in Utah.

Mike Anderson often doubles as his own photographer, shooting and editing most of his stories. He came to KSL in April 2011 after working for several years at various broadcast news outlets.