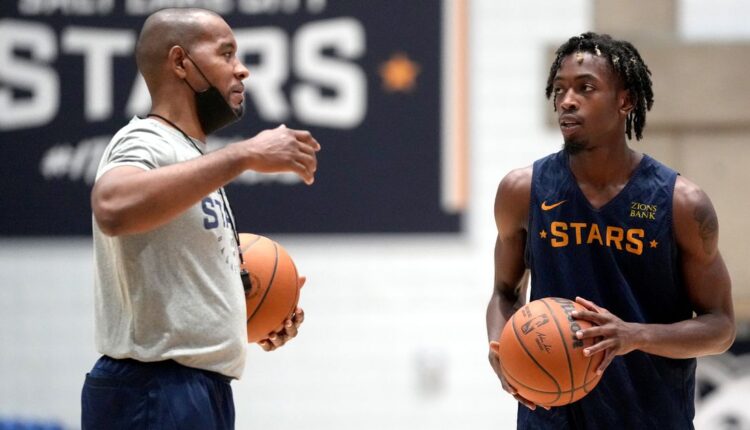 The Salt Lake City Stars, the minor-league affiliate of the Utah Jazz, will be playing in a new arena this upcoming season.

After playing at Salt Lake Community College’s Lifetime Activities Center since the team moved back to Utah in 2016, the team will play their upcoming schedule of 24 home games at the Maverik Center in West Valley City. The new home is about two miles north of their old one along the west belt of Interstate 215.

“The Stars look forward to starting this new era in our new home at the Maverik Center and to enhancing the game-night experience for both our fans and players,” Stars president Jonathan Rinehart said in a statement. “Based in West Valley City, the Stars will maintain our proximity to the Jazz and continue to serve an important development role for the franchise, while also growing our commitment to that community.”

The Maverik Center has been the home of hockey games for the ECHL’s Utah Grizzlies — and will continue to be so. Perhaps his highest-profile role was as the host of the ice hockey games in the 2002 Winter Olympics.

“We are thrilled to become the new home for the Stars and provide the community with another top-tier professional sports experience as we continue to optimize the Maverik Center and create innovative fan experiences,” Kevin Bruder, CEO of Centennial Management Group, the company that runs the Maverik Center, said in the statement.

The Stars’ home opener takes place on Nov. 21 against the Santa Cruz Warriors at 7 pm The season’s final game is on March 23 against the Austin Spurs.

DWR: Threat of algal blooms still present in many bodies of water throughout state | Local News