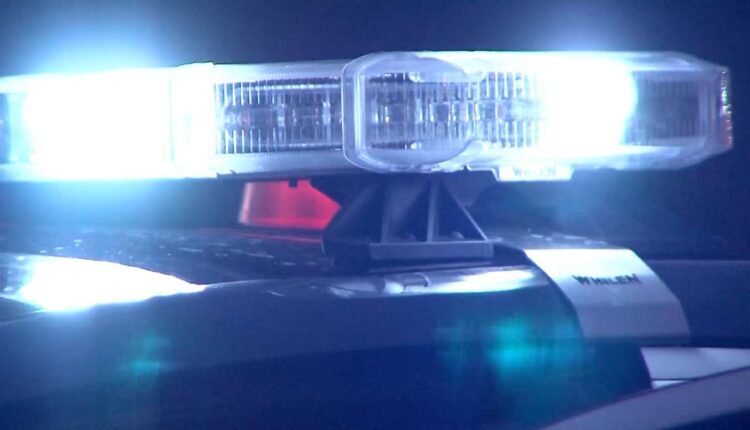 Utah man got stuck in mud, then fired shots at good Samaritans and police, charges say

A man who police say got his truck stuck in the mud in Duchesne County is facing numerous charges accusing him of shooting at the family that helped him get his truck out of the mud as well as at deputies called to the scene. (Brandon Whitworth, KSL-TV)

DUCHESNE — Criminal charges have been filed against a Uintah County man who police say got his truck stuck in the mud and then fired shots at a family who helped him and at responding deputies.

About 9 pm on July 28, a resident in an unincorporated area of ​​Duchesne County told police that Eric Delynn Burns drove up to his property in a Chevy pickup and got stuck in the mud. The property owner helped Burns get his truck out of the mud and Burns thanked him.

But Burns did not leave the area, and the property owner later saw him with a flashlight on a hillside near his property. When the property owner and another person went to investigate, they spoke to Burns who “put his hands in his hoodie as if he had a weapon of some kind,” according to a police booking affidavit.

“(The men) stated that they drove off at that time and (said) they felt very uneasy with the interaction,” the affidavit states. “(The men) arrived back at their property approximately three minutes later. That’s when they heard four shots fired in their general direction.”

As the men gathered their families, including children, to take cover, another shot was fired, according to the affidavit. “(They) had their families lay on the floor for cover. One child asked … if they were going to die.”

One man stated “he thought for sure he was going to kill us all.”

When deputies arrived at the scene, one deputy reported hearing a shot fired over his patrol car as he pulled up. Two deputies then drove to an area where two other deputies had already positioned their vehicles in a “defensive position” and armed themselves with rifles , according to the affidavit.

Deputies began a search for the gunman and found his abandoned vehicle with two guns inside, one of which was listed as stolen out of Springville, according to police.

On Aug. 1, deputies went to Burns’ Ballard home based on a call from his mother and found a shoe print on a back door that appeared to have been kicked in, according to a second arrest report. After observing a knife behind the kitchen curtains, a gun on the bathroom floor, and another gun in a crawl space near the water heater, a search warrant was obtained for the residence. Deputies reported recovering four guns, a compound bow and three knives. Burns, who is on probation, is not allowed to possess weapons, according to investigators.

Deputies were able to make contact with Burns on Aug. 1 and arrest him.

Burns was charged Aug. 3 in 8th District Court with theft, a second-degree felony; discharge of a firearm, three counts of possession of a weapon by a restricted person, all third-degree felonies; making an unlawful purchase by an interdicted person, being an alcohol restricted driver, and driving on a suspended license, class B misdemeanors; and operating a vehicle without insurance, operating a vehicle without a license and failing to install an interlock device in his vehicle, all class C misdemeanors.

He was also charged with felony DUI in March. A preliminary hearing is scheduled for next week in that case.

In 2015, Burns was convicted of kicking and punching his dog, killing the animal, because it had asked him. He was convicted of torturing a companion animal, a charge that was reduced to a class A misdemeanor, and was sentenced to 60 days in jail.

After ‘a Lot of Doors Shut in Our Face,’ Crusading Couple Celebrate Passage of Burn Pit Bill

Do young adults choose to stay in Salt Lake City when they start working? How about Provo?