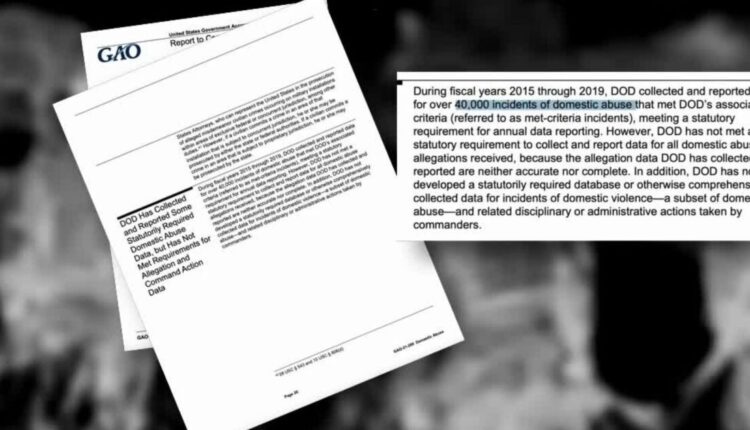 PROVO, Utah — Leah Olszewski played a room full of Utah National Guard soldiers and employees a recording she made of her former boyfriend.

Both Olszewski and her then-boyfriend were in the military at the time. While he’s denied ever abusing Olszewski, she says she was a victim of domestic violence. And she’s been urging not so much for reform to how the military addresses domestic violence, but that commanders enforce policies on the books and take the problems seriously.

“Domestic violence in the military is different,” Olszewski told FOX 13 during a break in her presentation at a hotel in Provo.

“So maybe in the civilian world, you would remove that person from your organization because you can find someone else to fill their billet. But on the military side of the house, you end up losing some skills, you end up losing an asset.

“When it’s not dealt with [in] that closed organization, the quiet actually hurts the case and hurts the victim clearly and enables the offender more.”

Olszewski, who is still an officer in the Alabama National Guard, began communicating with the Utah National Guard after learning about the case of a soldier there, Sgt. First Class Chris Marx. He’s pleaded not guilty in civilian courts to misdemeanor counts of assault and violating a protective order. He’s accused of assaulting his wife at their apartment in Salt Lake City.

“My name is Erika Lukes,” she said to the audience. “I’m married to Sgt. First Class Chris Marx.”

“It started with verbal abuse and then almost nightly physical abuse,” Lukes said. “And I’ll just say that the response I got from the Utah National Guard was and still is very sad, concerning to me.”

It was a year before the Utah National Guard assigned her victim’s counsel to navigate the guard’s processes for victims.

The Utah National Guard says Marx is still enlisted there while it waits for the civilian prosecutors to finish their cases. The oldest of those cases has been churning for a year and a half.

“Every time that I have tried to get any information to keep myself safe or my family safe, it has been met with resistance,” Lukes said.

Andrew Kalinen is the Utah National Guard’s sexual assault response coordinator, and he attended Olszewski’s presentation, too. He could not discuss the Marx case, but said if guard commanders or administrators learn of domestic violence, they are obligated to call police.

As for prevention, Kalinen said the military considers that to be a readiness issue.

“If someone goes under investigation,” Kalinen said, “for example of sexual assault, and if there’s witnesses, hence, you have a unit where maybe three to six people, for example, suddenly cannot deploy, because there’s an investigation going on. ”

Olszewski wants the military to investigate soldiers suspected of domestic violence and, when confirmed, discipline or discharge those soldiers. She contends the Marx case is an example of dumping cases onto civilian courts before taking any action.

“The civilian world does not always address the problems well, either,” she said. “So certainly I love the military, still. There are plenty of good people. We just need the bad apples out, and we need the good people to execute.”

“The allegations made are still being investigated without finding. Previous investigations conducted by at least two Federal Law Enforcement Agencies came back as unfounded and were subsequently closed.
“This case is based on political agenda and monetary extortion, not domestic violence, and new facts will be made public soon. This case is nearing its two-year mark without any tangible evidence being brought forth. It is an example of our judicial system leaning more toward gender than justice. It is shameful what has been allowed to happen.
“When the FBI and the Secret Service closed their own individual investigations as unfounded, it should have stopped then instead of becoming a media circus for ratings. It has taken a toll on my personal relationship, my income capabilities, quality of life, and military career as a highly decorated Combat Veteran of both Theaters. It is a witch hunt that should never be allowed to be taken to these extremes in these United States of America.”