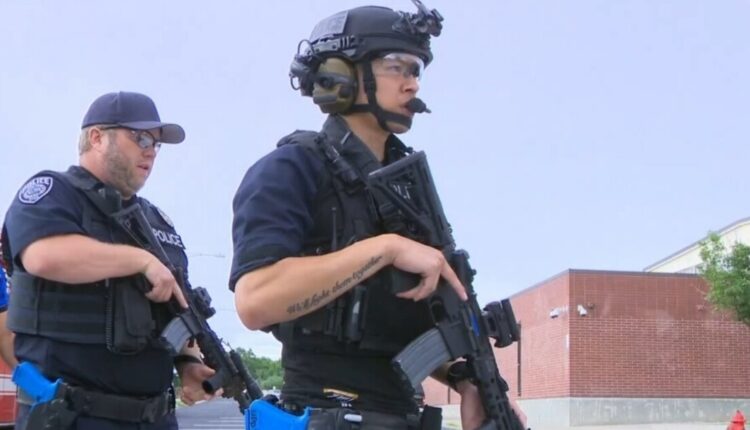 SALT LAKE CITY — When Melody Cutler entered law enforcement in the 1990s, there was no way to respond to an active shooter.

The term wasn’t even in the American lexicon. Then there was the 1999 shooting in Columbine, Colorado.

“I became an instructor about 10 years ago in training response to active shooters,” said Cutler, now a sergeant at Unified Police, “and multiple things have changed. The unfortunate side of this is because we’ve had so many of them, we’ve been able to alter our training and become a little bit better in the way we respond.”

Cutler declined to go into specifics, but said — in general — police are trained to stop the threat immediately.

“Officers have the option, she said. “They can go in by themselves, depending on circumstances, or what they get, or wait for a couple of other officers and go in kind of as a team.”

And the training is given to all officers — from street cops to SWAT teams.

Cutler agreed local events have played into the training. That same year as Columbine, a gunman entered the Triad Center in Salt Lake City and killed one person.

Police across Utah received a variety of training in the run-up to the 2002 Winter Olympics, including in how to respond to gunmen. And in 2007, a gunman at Trolley Square murdered five people and wounded four others. An off-duty Ogden police officer engaged the shooter. Salt Lake City police shot and killed him.