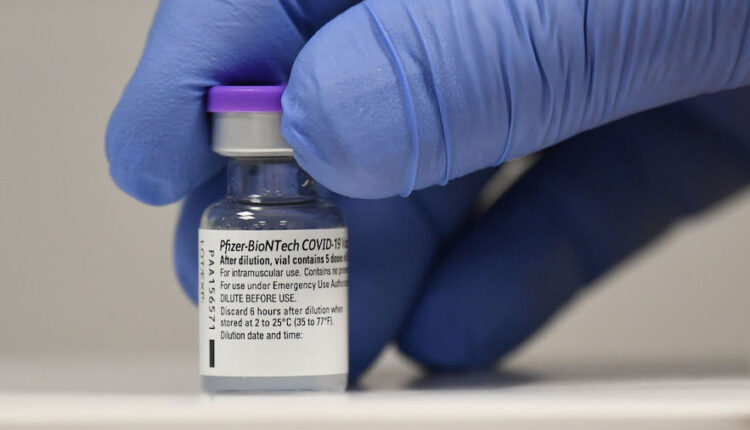 SALT LAKE CITY – The Utah Department of Health announced Monday that 15 more Utahners have died from COVID-19, while 2,244 additional residents tested positive for the virus over the weekend.

UDOH divided the number of cases into the following:

Currently, 367 Utahners are being hospitalized for the virus – one of the highest numbers in the state since February – and the intensive care units in the 16 hospitals of the reference center in Utah were 85.2% full on Monday – above the “functionally full” threshold of the State of 85%.

The state’s seven-day moving average of positive tests has quadrupled since June 1, climbing from 200 to 861 on Monday.

An additional 18,134 vaccine doses have been administered since Friday, bringing the state’s total to 3,035,117.

UDOH said over 1.48 million Utahners are now fully vaccinated and over 1.67 million have received at least one dose of a vaccine.

“Today’s number of cases is another step in the wrong direction for our state. However, we remain confident that vaccines will help us turn the tide. Unfortunately, almost everyone who gets sick and will end up in hospital because of the number of cases today is unvaccinated. This unvaccinated pandemic is tragic because it is preventable. Getting a vaccine has never been easier. While we are encouraged by the rise in vaccinations, we need more people to protect themselves and their families. “

Over 3.4 million vaccines have been shipped to Utah.

Currently, 367 people are being hospitalized with confirmed cases of COVID-19, including 163 people in intensive care units.

Utah’s intensive care units were 82.1% full and the intensive care beds in Utah’s referral centers were 85.2% full as of Monday – just above the state’s 85% occupancy threshold. “With an overall intensive care utilization rate of about 69%, the intensive care units in Utah’s major hospitals that are able to provide the best care for COVID-19 patients are reaching their manpower,” UDOH officials said. “72 percent of usage in all hospitals and 77 percent in hospitals with referral centers place a heavy burden on the health system. When the capacity of 85% is reached, Utah will functionally run out of occupied intensive care beds, which indicates an overloaded hospital system. “

To date, the virus has killed 2,466 residents in the state. The following deaths were reported on Monday:

Have you or a family member been affected by coronavirus issues in Utah? KSL would like to hear from you. Contact KSL by email at [email protected]

Click here to register for a vaccine and here to see how vaccine rollout is progressing in Utah.

The latest COVID-19 stories from KSL can be found here.

How do I stop it?

The CDC has a few simple recommendations, most of which are the same, for preventing other respiratory illnesses or the flu:

The CDC recommends that unvaccinated Americans continue to wear fabric face covers in public settings where other social distancing measures are difficult to follow, such as grocery stores and pharmacies.