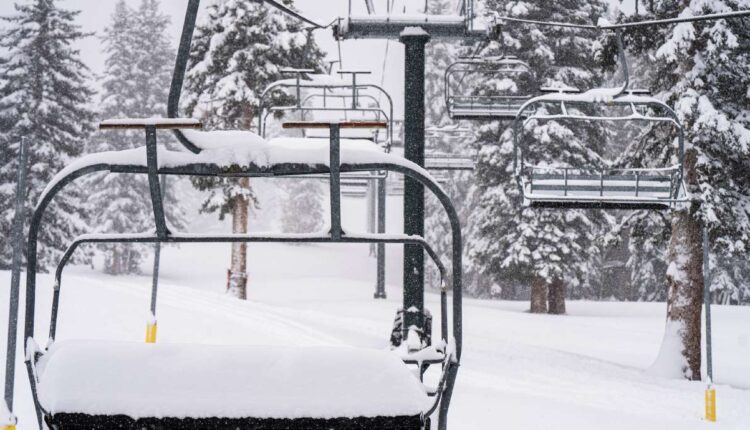 BRIGHTON — A pair of resorts in Utah’s Cottonwood Canyons are ready to open this week as snow continues to pile up in the state’s mountains.

Brighton Resort officials announced Wednesday that the resort will have three of its lifts up and running this weekend. The Majestic, Explorer and Snake Creek lifts will run every day from 9 am to 4 pm beginning on Friday.

Jared Winkler, the resort’s marketing director, said the resort has received more than 60 inches of snow since Oct. 22, including close to 2 feet already this week. A little more is expected before the resort opens.

Brighton was one of a few Utah resorts that had not officially announced an opening date entering this week, though Winkler estimates that 50 to 200 snowboarders and skiers had already come to the area every day since the snow began falling weeks ago. The resort plans to open night skiing on Dec. 12.

Meanwhile, Solitude Mountain Resort, which had already moved up its opening date from Nov. 18 to Friday, announced Wednesday that it will now open Thursday afternoon, allowing Solitude season pass and Ikon Pass holders to use the resort’s chairlift beginning at 2 pm

But other Utah resorts hit big with this week’s storm. Snowbird Resort, for instance, has already received over 2 feet of snow and Alta is projected to end Wednesday with a four-day acclimation total of over 40 inches, said KSL meteorologist Matt Johnson.

The snow is also packing a lot of water in and around the mountains. The National Weather Service reports that its Alta-Collins location, which received over 2 feet of snow by 5 am on Wednesday, already had 3.7 inches of water within the snow.

As of 9 am Wednesday, the weather service’s Lone Peak-Timpanogos Cave location led all Utah sites with over 4 inches of precipitation. Many valleys along the Wasatch Front have also received more than an inch of rain from the storm. Southern Utah locations also won big, with more than 2.5 inches of precipitation by Cedar City and Enterprise in Iron and Washington counties.

Utah’s statewide snowpack jumped to an average of 2.5 inches, 1.6 inches ahead of where it was at the start of November, according to National Resources Conservation Service data collected at 5 pm Wednesday. The figure is 404% of normal for this point in the season, which began on Oct. 1, and 16% of Utah’s average annual collection with 146 days left before the normal collection peak.

All of it is providing much-needed precipitation in what has otherwise been a mostly dry calendar year. The National Centers for Environmental Information updated its climate data on Tuesday, which show Utah remained on pace for its 14th-driest calendar year since 1895 at the end of October. The strong start to November is a welcomed relief, especially as more than half of the state remains in at least extreme drought at the start of the week, according to the US Drought Monitor.

Johnson said there will be some lingering precipitation Thursday that will primarily stay in the mountains before the storm clears out. The weather service tweeted that showers will dwindle by late Thursday morning.

“After that, expect fairly cool and dry conditions, with a chance for isolated mountain showers on Sunday and Tuesday as two minor disturbances swing through,” the agency added.

Higher avalanche danger is the downside of the wet, heavy snow.

The Utah Avalanche Center reported that a solo skier got caught up in an avalanche at Park City Mountain Resort on Wednesday morning; however, the skier was able to escape any injuries. The agency estimated that the avalanche was 2 feet deep, 40 feet wide and 150 feet in length; the skier reported the avalanche to the center after it occurred.

It was one of over a dozen avalanches reported to the center since Sunday.

The incident happened after avalanche forecasters deemed there is a high avalanche danger throughout the Wasatch Mountains. Mark Staples, the director of the Utah Avalanche Center, told KSL that the danger is expected to drop “in a couple of days” but anyone heading out in the mountains now should be careful.

“When we have people getting caught in avalanches, that’s a nice, clear, definitive warning sign from Mother Nature for the rest of us,” he said, adding that it’s important for people to report new slides to the center to help forecasters know the exact danger in the mountains.

Women revive man after he collapsed at funeral | Local News