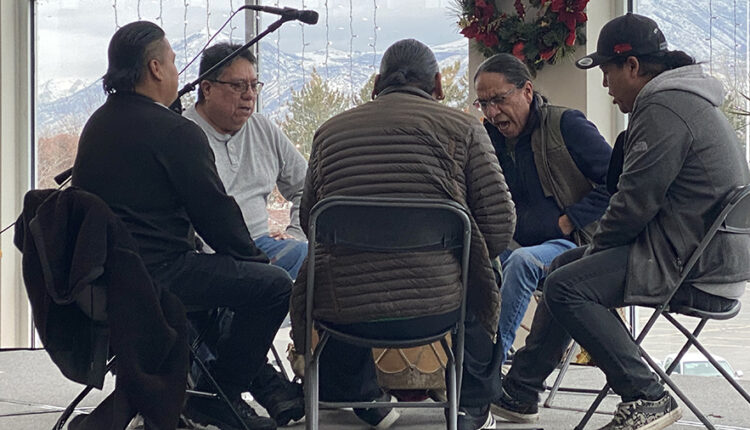 PROVO, Utah — Central Utah Veterans This evening invite the community in Utah County to join them for a multicultural drumming event going on until 9 pm The idea is to Beat-out Suicide and help veterans who are struggling find the help and healing they need.

It’s the winter solstice: the longest night of the year. It’s also peak time for suicide according to the VA. So, Utah Veterans are gathering at Provo Towne Center with groups of drummers from different cultures to beat out suicide.

“The only thing that we have to fight back against this darkness is our spiritual self,” Andrew Wilson, who organized the event said.

Drumming can be a pathway to connect with others spiritually and tap into emotional healing. Wilson is a combat veteran from the Vietnam War. He came up with the idea of ​​the multicultural drumming event.

“If we could get the community to manifest this kind of energy, I believe it would communicate directly into the hearts and minds of people who are feeling hopeless, or helpless,” he said.

“We could invite all of those people to drum together, what a spirit of unity that would give,” he said.

As a patient at the VA in Salt Lake City, Wilson was exposed to drumming as healing.

“When you have a common thing that you are all gathered about… with the drumming, it kind of helps feel like a brotherhood, sisterhood and being able to get some energy out.. there’s a connection there,” said Gary Blair, a suicide prevention team member at the VA.

He cites three common elements among those who may be suicidal. He calls them the three B’s.

“They feel like they don’t belong to any organization to any group. They feel like they’re a burden to others, and they are willing to cross the boundary of whatever pain would be involved in ending their life,” he said.

The multicultural driving event helps veterans understand they do belong, and they’re not a burden.

“Our goal is to acknowledge that there are people out there that go unnoticed, that have issues that are running very deep,” Wilson said.

They invite everyone to bring out their drums, pots, and buckets and participate in what they call a life-aging suicide prevention happening. It’s going on until 9 pm Wednesday night.