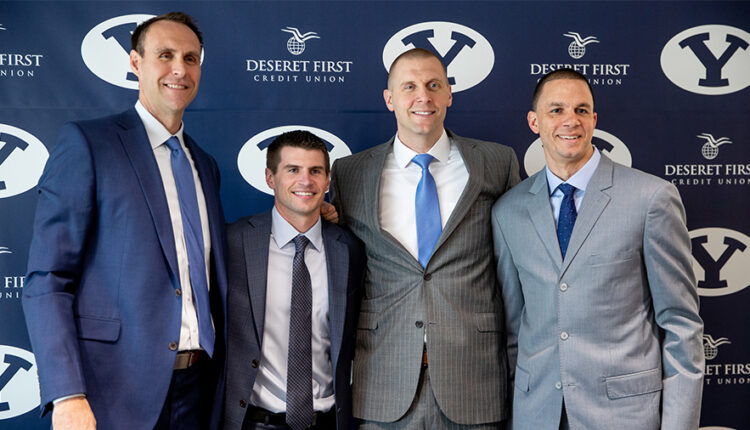 Burgess was officially hired at his alma mater on Tuesday, April 19.

“Thank you for the past three years. BYU holds a special place in my heart as one of the great experiences of my career,” Burgess wrote. “I am forever grateful for the opportunity afforded to me to be part of such a great university, culture and basketball program.”

After spending the past three seasons in Provo with BYU basketball, Burgess is heading north to his alma mater as an assistant coach. Burgess will bring the Utes seven years of coaching experience between his time with the Cougars and at Utah Valley University.

Before diving into coaching, Burgess spent time in the NBA and playing abroad from 2002-13.

Aside from coaching experience, Burgess brings an extensive network and respected name. With contacts statewide, nationally, and internationally, Burgess should help open up recruiting options for the Utes.

Utah appears to be benefitting immediately from Burgess returning home as they received a commitment shortly after the announcement from center Keba Keita of Wasatch Academy.

Perhaps most importantly of all, Burgess should be able to help restore the winning culture of Utah basketball, having been a part of it as a player years ago. Having an understanding of the history and sense of pride that comes with being a Runnin’ Ute will be an important component of head coach Craig Smith’s rebuild.