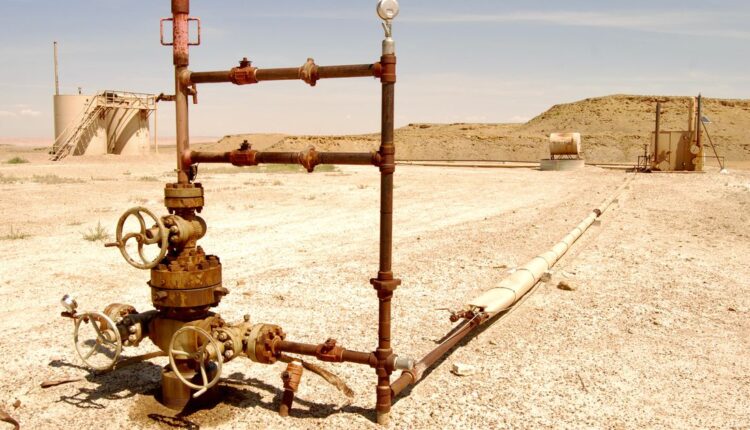 (Brian Maffly | The Salt Lake Tribune) Utah regulators have issued a maximum $200,000 fine to Weststar Exploration Co. for failing to fix this leaking gas well, one of about 100 the bankrupt Texas-based company has walked away from in the Uinta Basin. This well, photographed on Aug. 4, 2022, sits on state trust land on a field known as Southman Canyon.

According to federal data, 642 oil and gas wells, which haven’t been produced in four or more years, sit idle and unplugged on public lands in Utah, while another 400 unproductive wells remain unplugged on state and land. Under state and federal regulations, the operators should have plugged or reclaimed these sites, or at least presented a good reason to keep them unplugged.

The worst offender is Texas oilman, Bill Gilmore, whose bankrupt Weststar Exploration Co. is responsible for about 100 derelict wells. Tribune reporters visited several Weststar sites and other sites both federal and state land. They recorded conditions that appeared to pose a threat to the environment and public safety, with taxpayers holding the bag for getting these sites reclaimed.

At the North Bonanza oil field, 35 miles south of Vernal, hardened crude is puddled beside corroded storage tanks, the ground around the rusting pump jacks is stained black, weeds grow against equipment, the contents of unsecured sheds pour out of vandalized doorways, rodents inhabit valve boxes. And most ominous is the hissing noise of methane and other gases escaping cracks in the wellheads.

The big picture • Despite Gilmore’s past record of bankruptcy and noncompliance, the Bureau of Land Management and the Utah School and Institutional Trust Lands Administration, better known as SITLA, had allowed Weststar to acquire oil and gas leases covering 90,000 acres in Utah, according to filings in bankruptcy court. He was able to obtain the leases and their wells after posting minimal surety bonds that were barely sufficient to cover the cost of plugging a single well, much less 100.

While Gilmore ignored The Tribune’s numerous requests for comment, he tested in bankruptcy proceedings that land managers, state regulators and Uintah County’s apathetic workforce were the real sources of trouble at his wells.

The problem of “orphaned” wells spans all of the nation’s oil and gas-producing regions, but it appears particularly acute on the West’s public lands where the BLM is embarking on a program of plugging aging non-producing wells tapping funds from the Bipartisan Infrastructure Law, which appropriated $560 million to plug some of the nation’s 10,000 derelict wells.

What’s being done • Under this program, 11 wells were plugged and reclaimed this year on public lands in Summit, Emery and Grand counties, at a cost of $1.2 million, according to the BLM.

The federal agency and the Utah Division of Oil, Gas and Mining (DOGM), which regulate wells on state and private land, acknowledged the magnitude of the Weststar failure and say they are taking steps to reduce the chances of similar problems from recurring.

To that end, BLM is increasingly requiring full bonding from operators with spotty track records and pushing them to “plug or produce” if they are sitting on idled wells.

Meanwhile, state officials dropped the hammer on Weststar by canceling its SITLA leases, taking control of the 46 wells on them, revoking its license to operate in Utah, and fining it a maximum $400,000 for ongoing leaks at two wells.