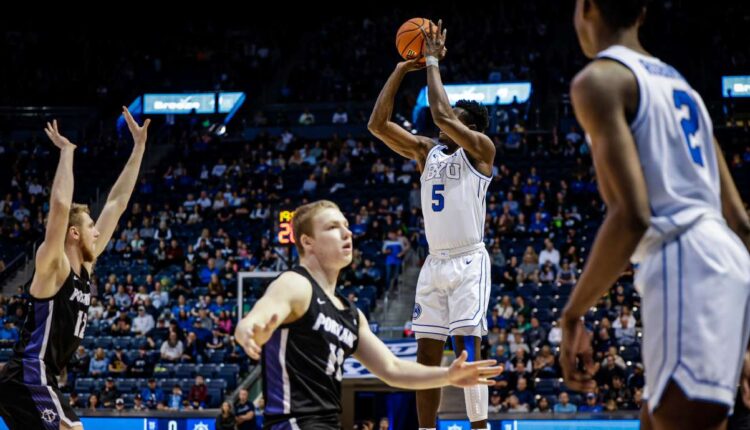 The tribe issued a statement hours after Biden met with Colorado leaders to sign a proclamation creating the 53,000-acre monument, which encompasses a military base in the Rocky Mountains where the US Army’s 10th Mountain Division trained.

In the statement, Ute leaders accuse the administration of not consulting or listening to the tribe’s concerns prior to Wednesday.

The Utes’ government headquarters is stationed at Fort Duchesne, Utah. Its tribal lands — the second largest reservation in the US — span much of the Uintah Basin.

However the tribe’s traditional land includes vast expanses of Utah and Colorado, and areas within the new Camp Hale-Continental Divide National Monument. In 1880, they were violently displaced from the land and forced to resettled on what is now the Uintah and Ouray Reservation in northeastern Utah.

“We are shocked that 200 years later, nothing has changed,” the business committee said. “This unlawful action by the President today is a desecration of our ancestors that remain buried on our homelands. Many of these Ute ancestors passed on seeking to protect these lands from further encroachment and others left us as part of the forced death march at the hands of the United States as we were moved out of Colorado at gunpoint.”

In the statement, the tribe said they had learned of Biden’s plans to establish the monument just days earlier. They requested a call with the White House, although “there was little time for the Tribe to share its knowledge and history of the area,” they said.

“Instead of fully engaging the Ute Indian Tribe and its Uncompahgre Band in designating the Monument, the White House rushed forward with its own priorities,” the tribe said Wednesday.

“… Every day, BLM and the State take more and more of our resources. Resources that we reserved to provide for future generations of our Tribe. The President must take action to restore and secure our Uncompahgre Reservation homelands,” the statement reads .

Meanwhile, the White House made repeated references to the Ute tribe on Wednesday, including a promise in the proclamation to “meaningfully engage with Tribal Nations with cultural ties to the area, including the Ute Tribes, in the development of the management plan and to inform subsequent management of the monument.”

The issue at hand for the Ute Tribe is the White House didn’t seek coordination with the tribe before the proclamation. The tribe says it’s tried repeatedly to get the Biden administration to adopt a tribal consultation standard — the White House has refused, they say.

“Even on our traditional homelands, they refused to work closely with us. These new monuments are an abomination and demonstrate manifest disregard and disrespect of the Ute Indian Tribe’s treaty rights and sovereign status as a federally recognized Indian Tribe,” said Shaun Chapoose, chairman of the business committee and a member of the Uncompahgre Band. “If it’s a fight they want it’s a fight they will get.”

The Camp Hale region was previously managed by the Forest Service. A coalition of ranchers, conservation and outdoor recreation advocates, business owners, and descendants of the 10th Mountain Division signed a letter written by Colorado Democratic Sen. Michael Bennet asking Biden to use the Antiquities Act and designate the national monument.

Most recent The West stories

Kyle Dunphey is a reporter on the Utah InDepth team, covering a mix of topics including politics, the environment and breaking news. A Vermont native, he studied communications at the University of Utah and graduated in 2020. Whether on his skis or his bike, you can find Kyle year-round exploring Utah’s mountains.