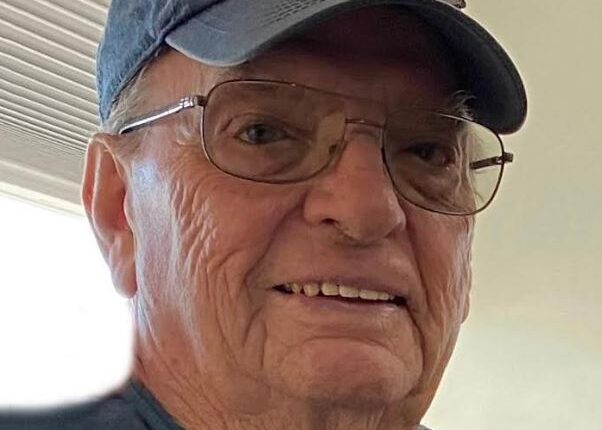 Val Ray Russell was born on May 18, 1941, in Ogden, Utah to Elwood H and Lila Dopp Russell. He passed away on January 9, 2023, at the Southern Utah Veterans Home in Ivins, Utah at the age of 81 after a short battle with gastric cancer.

Val grew up in Roy and Bountiful, Utah and graduated from Bountiful High School in 1960. He then served four years in the United States Air Force stationed in Alaska and Montana.

Val married Velma Ann LeDeau and had two daughters: Clarrisa Rae “Lisa” and Jonna Ann. They later divorced. Val married Cheryl Butler Workman in 1985 and acquired two “bonus” daughters: Caren and Cristina “Tina”. Val and Cheryl always had a lot of love to give which resulted in them becoming family to many people. Most notably, they quickly became bonus grandparents to the Kirkwood Family and their “little” girls. Val, Cheryl and their “baby birds” had many happy years together.

Val worked for the Railroad, OUR&D and later Southern Pacific. He owned and operated R&R Mill, a wood and cabinet shop, for several years and made beautiful wood furniture. After Southern Pacific left Ogden, Utah, he went to work for St. Benedicts (now Ogden Regional) Hospital as a maintenance engineer. He enjoyed his work there and retired in 2003. He and Cheryl spent their summers in Layton, Utah and winters at Canyon Cove in Washington, Utah living the snowbird life for many years before moving south permanently in 2014. Val loved woodworking, the railroad, the desert, and everything to do with golf.

Val was, and always will be, deeply loved. He is survived by his wife, Cheryl; daughters, Lisa LeDeau and Jonna Trabanino; his bonus daughters, Caren (Morgan) Toomer and Tina Hale (Adam Garrard); and his many grandchildren and great grandchildren. He was preceded in death by his parents, his sister, Arlene Hoffenbeck, and his brother, Rex Russell.