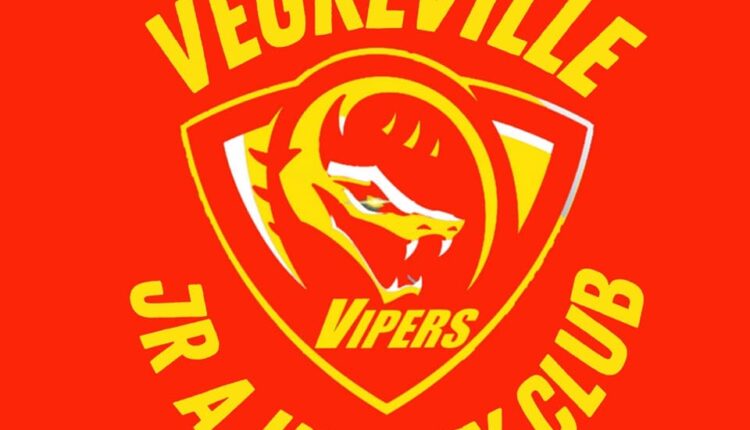 The Vegreville Vipers have spent a lot of time on the bus the last few days but are back in town for some home cooking and 2 games at the Wally Fedun Arena.

The Vipes sent over 30 hours on their way to and from Vernal, Utah, where they went 1-2 in 3 games against the Oilers.

Head Coach Brian Noad notes that Vegreville did have the lead in their 2 games dropped, just unable to overcome some small errors.

The Vipers are now set to take on the Edmonton Eagles and Hinton Timberwolves at home, before traveling to Edmonton on Sunday.

Noad adds that the organization has a Teddy Bear Toss night planned for Friday against the Eagles, while Billet Appreciation Night is Saturday against Hinton.

Meanwhile, some members of the team are worried about more than just hockey.

The war in Ukraine has directly impacted the Vipers as 2 members of the organization are from Ukraine, including captain Mykyta Protsenko.

Noad says everyone is doing what they can to get them through an emotional time.

Protsenko is from Kiev, the defenseman has 8 goals and 19 helpers in 32 games played this season.

Noad adds that their families are safe but are amongst the millions who have been forced to flee into Poland.

Listen to my full conversation with Vegreville Vipers Head Coach Brian Noad from a stop in Butte, Montana.

Summer heat is here. What are the best ice cream shops in Utah?