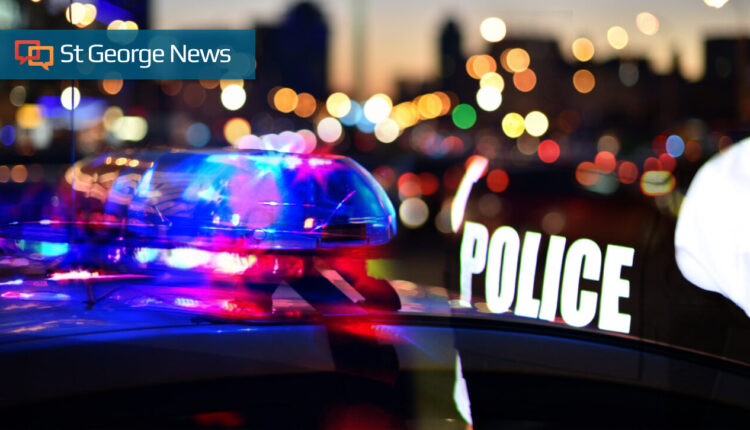 ST. GEORGE — A Washington City man is jailed on multiple first-degree felony charges, following an incident involving the alleged recovery of marijuana from a vehicle with juveniles in the car. At the time of the arrest, the suspect also had two open felony cases, one of which was a $14,000 theft from a local car sales business.

The first case involves an incident that took place on Friday, when an officer was out on patrol on South Bluff Street shortly after midnight and noticed a vehicle stopped at the gas pumps of a convenience store located near the intersection of Bluff and Main Street that belonged to a person who had a number of outstanding warrants, according to charging documents filed with the court.

The officer ordered the driver out of the car, which is when the officer noted there were four juvenile occupants also inside of the vehicle that were between the ages of 12-15, with another juvenile approaching the car. All occupants were ordered out of the car and the officer had each of the youths contact their parents to come and pick them up.

The report also states a glass pipe reportedly fell out of the car as the occupants exited, which also had a strong odor of burnt marijuana, the report said.

Meanwhile, the car’s owner, later identified as 21-year-old Jessie Mario Angel Clark, arrived on scene and while speaking with officers, the suspect allegedly admitted to smoking marijuana with one of the juveniles before, adding the youths may have taken some of the marijuana from his house prior to the stop.

Officers also had previous interactions with Clark and reportedly knew him to frequently carry a firearm, and when asked, the suspect told police he didn’t have a gun with him, that he left them at home. The officer also noted the suspect admitted to having marijuana without a medical marijuana card, which made him a firearm restricted person.

Additionally, during the interview, Clark said he had purchased the glass bong from a shop in Nevada, along with the marijuana reportedly found inside.

A witness told officers the juveniles were allegedly known to frequent the suspect’s residence where alcohol and marijuana were left out in the open.

The report also states that officers determined Clark had allegedly left the marijuana and the pipe in the car, where “kids could access it” the officer noted. Clark was arrested and the vehicle was searched.

Officers recovered multiple marijuana-related items during a search of his vehicle, along with an oval pill that turned out to be hydrocodone.

The officer also noted the suspect “deliberately” gave 4 juveniles illegally possessed drugs and allowed them to leave with them.

Officers then executed a search warrant on the suspect’s residence, where they recovered a shotgun from the closet of the suspect’s bedroom, along with ammunition and multiple THC cartridges still in the packaging.

In the top dresser drawer they located a large scale along with a notebook appeared to be a ledger outlining what he was purchasing as well as potential profits, leading officers to believe the suspect was dealing in primarily THC cartridges, edibles and electronic cigarettes containing THC, items reportedly purchased from a dispensary in Nevada.

According to the report, similar controlled substances were also recovered from a juvenile’s room located inside of the home, where police say the smoke alarm had been removed.

Clark also faces a third-degree felony charge of possession of a firearm by a restricted person.

Additionally, officers ran a check on the suspect that revealed two open cases still active in the courts, including a case filed in connection with a disorderly call reported on Jan. 21, when Uintah County deputies responded to a disorderly call in progress near a residence in Gusher.

The call came into emergency dispatch from a woman reporting that a man, later identified as Clark, went onto her property and attempted to start a physical altercation with one of the residents.

Charging documents also stated that responding officers were also advised there may have been a knife involved.

Two of the witnesses at the scene told officers they recognized the suspect as Clark. One of the men said he was at home finishing his lunch when the suspect started yelling at him, so he ignored Clark as he continued across the street to return to work. Clark then ran over to where he was working with a knife.

Clark continued pacing acing back and forth on the edge of the property accusing the man of saying something to him, and the party also told officers the suspect was welding the knife as he threatened to stab him multiple times

A witness also told deputies the suspect continued yelling at the man, telling him he was going to kill him, which is when the reporting party took the knife from Clark that was later recovered by the police.

Officers located the suspect a short while later at his residence and he was arrested and booked into Uintah County Jail on third-degree felony aggravated assault.

Another pending case was filed in Washington County following an investigation into a theft reported nearly two months earlier at an automobile dealership in St. George.

According to charging filed in that case, an employee of the dealership told authorities that back in November, Clark had gone to a large car dealership where he purchased a Mustang for more than $18,100, which he reportedly paid for by check. The check bounced a few days later, as did the second check the suspect provided in December.

In the meantime, Clark went into another local car dealership to sell the car, telling the employee he “wanted to sell his car immediately – that same day,” according to the report.

After providing the title and then signing the agreement stating he owned the vehicle, the car salesperson gave him a check for $14,000, which the suspect cashed that same day.

On Dec 7, the following day, the car dealership where the Mustang was sold contacted the car lot that bought the vehicle since both checks had bounced, at which point the Mustang was returned to the dealership the car was purchased from. 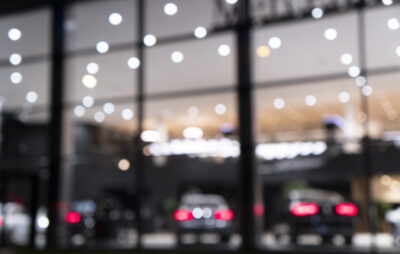 The car lot that was out the $14,000 attempted to make arrangements with Clark to pay the money back, however, the report states he never showed up. The employee also told the police the suspect reportedly told the the employee that he knew the checks he had written to purchase the car were bouncing, and also said he would come into the dealership to “make things right,” by paying the $14,000 back.

When the suspect failed to do so, the dealership called the police.

The suspect also told officers he had tried to make arrangements to pay the car sales lot back, but claimed the owner had threatened to cause him physical harm so he never returned to the lot.

When officers returned to the car sales lot, they read the text messages sent between the employee and Clark which did not include any physical threat, ”just a comment of urgency that he needed to make the situation right and would call the police if he did not .”

The suspect was charged with second-degree felony count of theft by deception and arrested shortly thereafter. That case is still working its way through the courts as well.

Following the arrest on Friday, the suspect remains in custody without bail.

This report is based on information provided by law enforcement and may not contain the full scope of findings. Persons arrested or charged are presumed innocent until found guilty in a court of law or as otherwise decided by a trier-of-fact

Cody Blowers was raised in South San Francisco, California. A 2013 graduate from Colorado Technical University, Cody earned her bachelor’s degree in criminal justice with a minor in paralegal studies. Through the course of her academic studies she discovered that writing is her true passion, and she is committed to providing credible, integrated news coverage. Cody joined St. George News in 2015, and when she’s not busy chasing the news, she can generally be found chasing her young granddaughter, Kali.