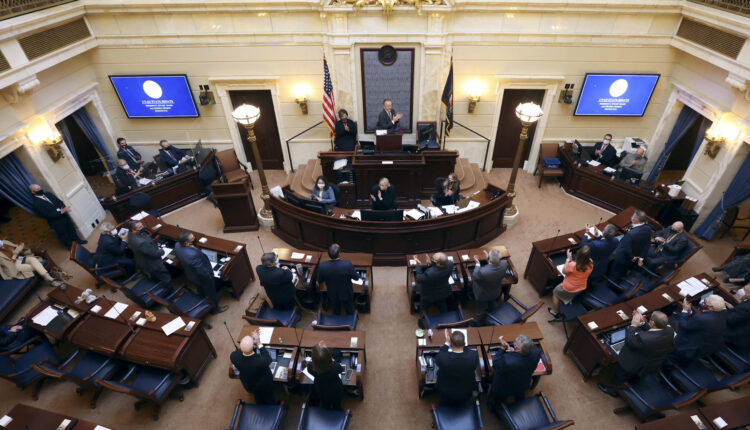 SALT LAKE CITY – Governor Spencer Cox convened Utah lawmakers for a special session on Wednesday, May 19. However, he chose not to put two hot button topics on the agenda: making Utah a second change sanctuary and addressing critical race theory in schools.

The special session will primarily focus on what Cox’s office has called “critical budget issues” in a press release. Specifically, lawmakers will decide whether to accept federal funds under the American Rescue Plan Act and how to use those funds.

The special session deals with the budget and offers legislative corrections

In a letter to the legislature, Cox listed 22 action points that he should consider in a special session.

In addition to federal funds, items on the agenda include changes to the state budgets for the 2021 and 2022 financial years, changes to a number of regulations and updates to the bills passed in the 2021 ordinary session.

Also on the agenda: updated admission requirements for police officers, changed deadlines for the independent commission responsible for relocation.

Cox also instructs lawmakers to consider a resolution condemning acts of anti-Asian hatred and celebrating the legacy of Asian Americans and Pacific islanders.

Two key points specifically address the impact of the pandemic on schools. He is asking lawmakers to approve UPSTART funding to help kindergarten students whose learning may be affected by the pandemic and, on another issue, to ban “certain face mask requirements in K-12 schools”.

In addition, he asks the legislature to extend his state of emergency for drought conditions.

Second Amendment Sanctuary, Critical Race Theory is missing from the agenda for the special session

Ruling out efforts to get the Critical Race Theory out of schools and make Utah a second sanctuary during the special session, Cox said he was looking for precedents set by former governors.

“In the past, Utah governors have only used the opportunity to convene special meetings for emergencies, deadlines, questions with broad consensus, or to fix technical errors in the Code,” wrote Cox.

He went on to say that after working with lawmakers, he had chosen to include some items that “might have waited” until the next regular session.

“However, there are two topics that I believed would benefit from more time, thought, dialogue, and input: Critical Race Theory and Second Amendment Sanctuary State. While I’m sure someone else can point this out, I don’t remember any of these types of hot button issues ever occurring on any particular session call. It’s not that I disagree with the desire to act, but if I do it right and at the right time, it will result in better legislation. ”

Critical race theory under the microscope

Around a dozen states have considered bills targeting critical race theory, and Idaho’s governor signed one such bill earlier this month. Proponents of the theory argue that it is important to look at both America’s past and present in the light of racist policies that continue to affect color communities, from who will be stopped by the police or who can buy a house. Opponents argue that it teaches children to be ashamed and guilty about their identities, or even to hate their countries.

In an opinion piece for the Deseret News, one of Utah’s Congressman, Republican MP Chris Stewart, spoke out against the Critical Race Theory.

“Utah’s educational system does not exist to rewrite history through the lens of ‘wakefulness’,” wrote Stewart.

“The critical race theory, which assumes that racism is embedded in society and institutions, is not propaganda or anti-American. It is a toolkit for studying and combating racism and other forms of marginalization, ”they wrote. “Rather than rejecting this toolkit, the Department of Education should ensure that school leaders and teachers learn how to use it to address long-standing educational inequalities.”

States that pass laws to become Second Amendment Protected Areas prohibit their local or state law enforcement officers from enforcing federal weapons restrictions. Montana and Arizona were the youngest states to do so earlier this year. Local and non-state governments previously led the indictment. Today, over 1,000 locations across the country have passed Second Amendment Sanctuary resolutions.

However, some legal scholars argue that federal jurisdiction takes precedence over state or local jurisdiction, as federal courts have set some limits on constitutional guarantees, rather than the other way around.

The first such bill to clean up the second amendment to a legal challenge is currently awaiting trial in an Oregon court.

If you’re vaccinated, can you still spread COVID19?