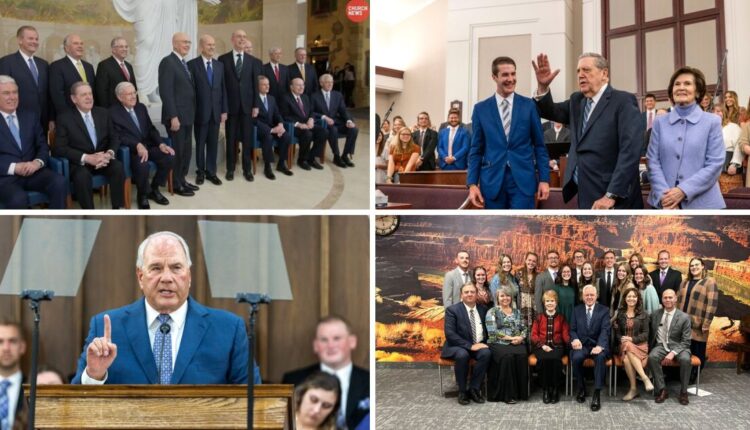 See a list of all 118 temples announced by President Russell M. Nelson and the current status of each. The Young Men and Young Women presidency members shared experiences of using the new “For the Strength of Youth” guide. This week’s Church News podcast featured Rabbi Meir Soloveichik on connecting to other faiths through scripture and shared principles.

Read summaries of these nine articles below.

1. Video: President Ballard on how councils are ‘Guiding the Church’

The First Presidency and Quorum of the Twelve Apostles members gather for a photo in the Rome Italy Temple visitors center on March 11, 2019.

The Church of Jesus Christ of Latter-day Saints is guided as members of the First Presidency and the Quorum of the Twelve Apostles work together to seek the will of the Lord. Members of those quorums are filled with goodness and spiritual insight. “When we are in council, I can say to you the Church is secure and always will be secure,” said President Ballard in the video titled “Guiding the Church.”

2. How ‘we can change the world,’ Elder Holland tells young adults 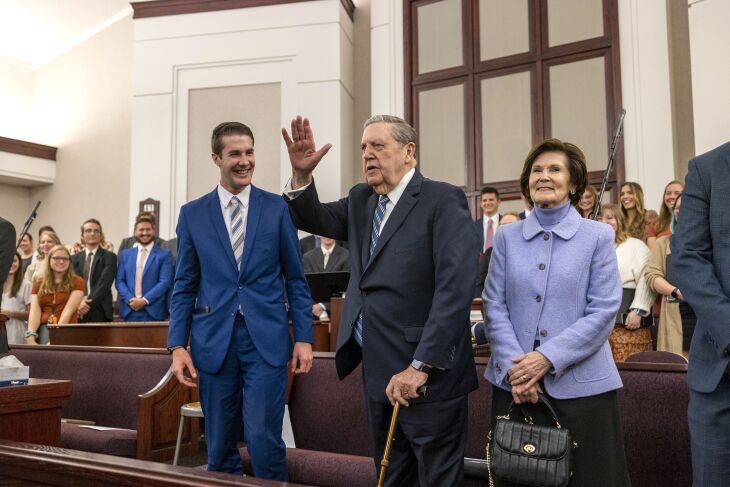 Elder Jeffrey R. Holland of the Quorum of the Twelve Apostles waves to the crowd as he and his wife Sister Patricia T. Holland, take the stand prior to his speaking at a devotional at Snow College in Ephraim, Utah on Sunday, Oct. 23, 2022.

Elder Holland spoke to students of Snow College and the Ephraim Utah Institute of Religion about loving God and God’s love for them. Sister Patricia Holland, Elder Holland’s wife, attended the Oct. 23 devotional with him.

“Do more of what He would do if He were here,” Elder Holland told the full-house crowd of young adults. He promised that if they would follow the commands and do what Christ would do, “we can change the world.”

Find out about what Elder Holland taught Elder D. Todd Christofferson of the Quorum of the Twelve Apostles and his wife, Sister Kathy Christofferson, pose for a photo with the student council of the Cedar City Institute of Religion prior to speaking during a devotional on Sunday, Oct. 23, 2022.

Accompanied by his wife, Sister Kathy Christofferson, Elder Christofferson spoke to more than 2,000 young adults and youth — who braved snowy conditions to gather at the Cedar City Institute of Religion the night of Sunday, Oct. 23 — of the need for “muscular Christians.”

The term, Elder Christofferson explained, comes from a conversation he had with a professor and ordained minister of an evangelical Christian denomination. In speaking of “muscular Christians,” this professor did not mean people who “pump iron” three hours a day, Elder Christofferson said, but “disciples who can endure and do hard things, who can meet and overcome challenges with their faith in Jesus Christian.”

Read more about the devotional 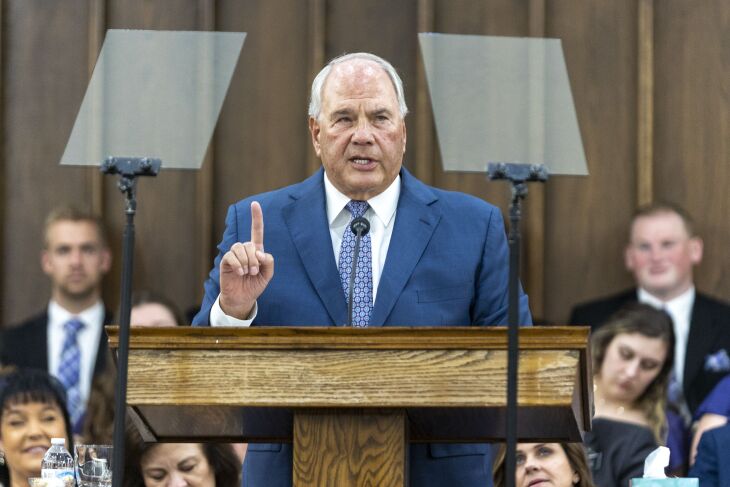 Elder Ronald A. Rasband of the Quorum of the Twelve Apostles gives a devotional at the Weber Institute in Ogden on Sunday, Oct. 23, 2022.

The decision to accept a job set the course of Elder Rasband’s entire life, eventually leading him to becoming president of Huntsman’s global corporation. Jon M. Huntsman Sr. offered him the position, “but I had to make more of it than a job,” Elder Rasband said during the Oct. 23 devotional in Odgen, Utah. “I had to make of myself a man of integrity. I realized then and now that my personal integrity is what has defined me in my marriage, business, relationships and Church service.”

He soon learned to be an effective and fair businessman, and lived by the standard, “Be moral, ethical and honest.”

5. See a list of all 118 temples and locations announced by President Nelson, with each’s current status 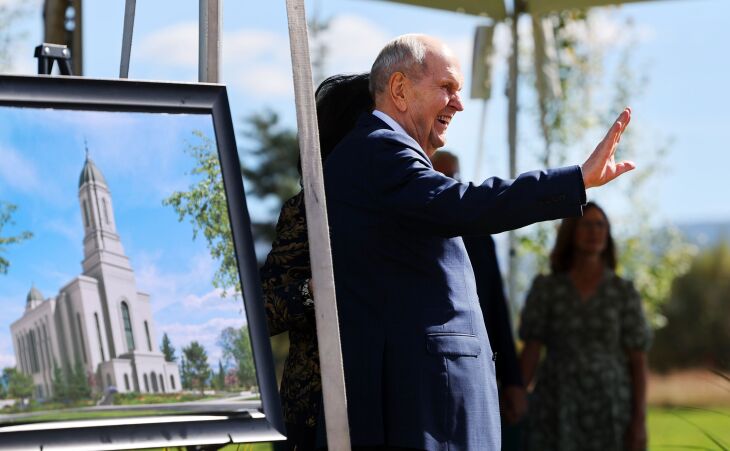 President Russell M. Nelson of The Church of Jesus Christ of Latter-day Saints waves to the residents as he and Sister Wendy W. Nelson arrive for the groundbreaking of the Heber Valley Utah Temple on Saturday, Oct. 8, 2022.

The Church News published a list of all temples and locations, as well as status updates for those under construction, with groundbreaking dates set or sites and renderings publicly released.

6. Young Men and Young Women general leaders: Changing how we talk with youth about standards 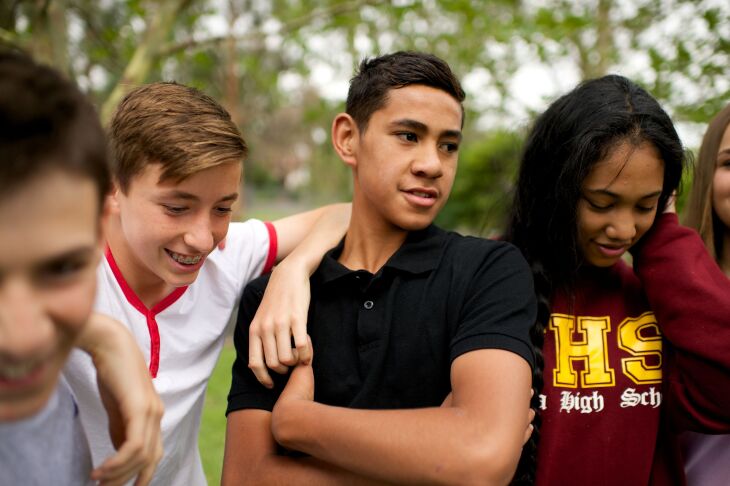 A group of young men and young women stand together outside. The Church released a new “For the Strength of Youth” guide in October 2022.

The “For the Strength of Youth” guide is an invitation to talk about standards in a new and different way. Instead of going right to the rules, we can ask questions to help lift our youth to the higher ground of being guided by principles and personal revelation.

The Young Men and Young Women leaders share two experiences of parents using principles in the new “For the Strength of Youth” guide to help their youth make decisions.

Discover more about the two experiences

7. Episode 107: Rabbi Meir Soloveichik on connecting to other faiths through scripture and shared principles 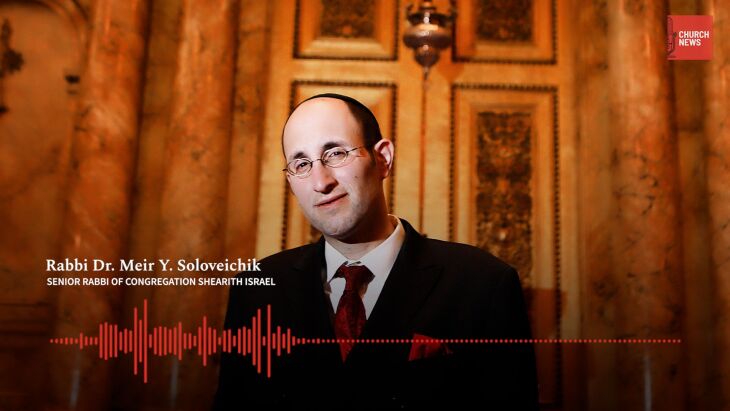 Rabbi Meir Soloveichik shares insights into the Hebrew Bible, religious liberty and being light kindlers in this episode of the Church News podcast.

Rabbi Soloveichik is the senior rabbi of Congregation Shearith Israel, known as the Spanish and Portuguese synagogue of New York and is the oldest Jewish congregation in America established in 1654. Rabbi Soloveichik has lectured internationally to Jewish and non-Jewish audiences and hosts the daily podcast “Jerusalem 365.” He offers his scholarly and spiritual insight into the importance of scriptural records, religious freedom and connecting across faiths.

Listen to this week’s podcast and read the transcript 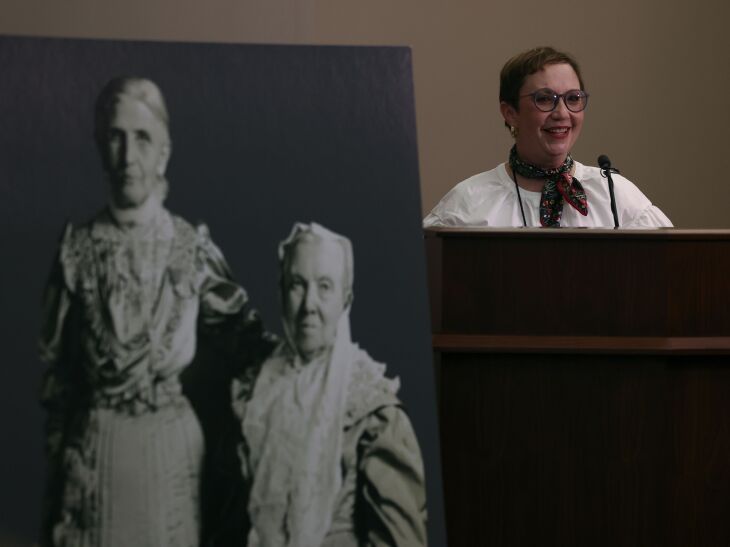 Jennifer Reeder, lead historian, talks about two multi-year projects featuring early female leaders that are nearing completion: “The Diaries of Emmeline B. Wells” and “The Discourses of Eliza R. Snow” at the Church History Library in Salt Lake City on Thursday, Oct. 27, 2022.

Years of diligent and meticulous work were celebrated Thursday, Oct. 27, as the Church Historian’s Press announced completion of two landmark online projects that feature the writings and ministry of two of the most influential women of their time. “The Discourses of Eliza R. Snow,” with more than 1,200 discourses from 1840 to 1887, and “The Diaries of Emmeline B. Wells,” with 47 diary volumes spanning 1844-1920, are now available online for free. 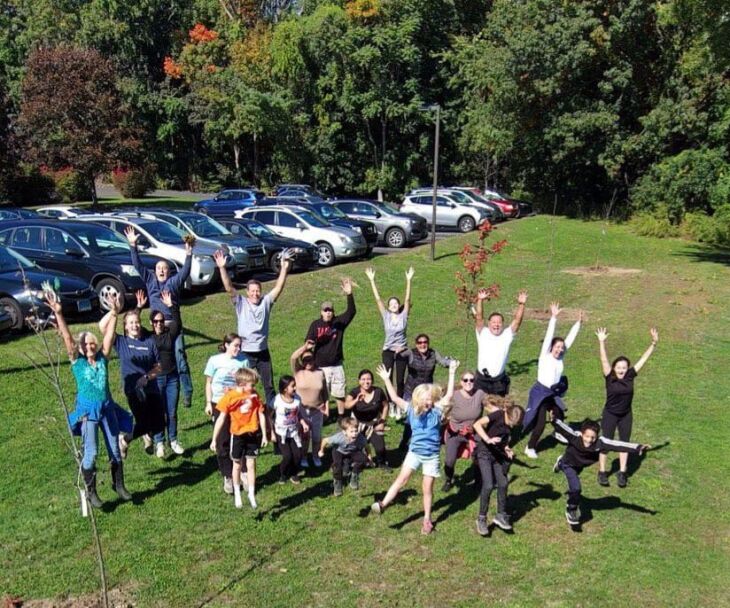 Members of the Fairfield Connecticut Stake jump for a drone shot of their tree-planting efforts on Oct. 15, 2022. Seven wards in the stake planted more than 200 trees around Fairfield County, Connecticut, to commemorate the 200 years that have passed since Joseph Smith’s First Vision.

After two years from having the initial idea and many months of working closely with town park departments and tree wardens, members of the Fairfield Connecticut Stake donated and planted 258 trees in public areas throughout Fairfield County, Connecticut, on Oct. 15

“While we were delayed by the onset of the global pandemic in March 2020, we [were] delighted to now move forward to commemorate the bicentennial of the First Vision — a sacred event in the history of our Church and the world,” said Fairfield Stake President Todd Herget.

Find out more about the project

Most Aquatic Invasive Species Check Stations to Close for Season