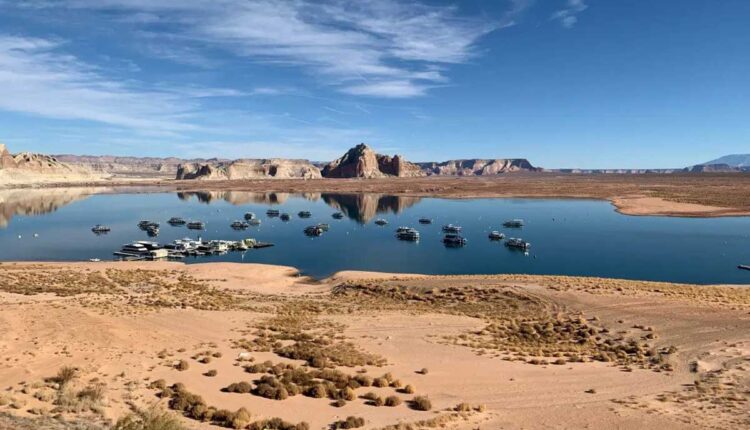 West Slope water managers ask: What authority do the feds have? Projects with reclamation ties could be at risk.

As the deadline approaches for the seven Colorado River basin states to come up with a plan to conserve water, some Colorado water managers are asking what authority the federal government has in the upper basin and which water projects could be at risk of federal action.

US Bureau of Reclamation Commissioner Camille Touton sent water managers scrambling when she announced in June that they had a 60-day window to find another 2 to 4 million acre-feet of water to conserve or the federal government would step in to protect the system. With many reservoirs, transbasin diversion systems and irrigation projects in Colorado tied in one way or another to the Bureau of Reclamation, some are asking if the water in these buckets could be commandeered by the feds to make up the shortfall.

“I think that there’s probably a good argument that the Secretary (of the Interior) has some authority under those projects,” said Eric Kuhn, Colorado River author and former Colorado River Water Conservation District general manager. “The projects on the Western Slope and in the upper basin states that are owned by the federal government and are ultimately under the authority of the Secretary of the Interior, those are the projects at risk.”

Paonia Reservoir, seen here in May 2022, has ties to the Bureau of Reclamation and its stored water is used for irrigation in the North Fork Valley. Some Western Slope water managers say it’s unclear what authority the federal government has over projects like these. Heather Sackett/Aspen Journalism

There are many dams and reservoirs across Colorado that are tied to the Bureau of Reclamation’s 20th century building frenzy to impound water and “reclaim” arid regions through irrigation. On the Western Slope, some of the well-known projects include the Fryingpan-Arkansas Project (Ruedi Reservoir), Dallas Creek Project (Ridgway Reservoir), the Dolores Project (McPhee Reservoir), Paonia Reservoir, the Grand Valley Project, the Silt Project (Rifle Gap Reservoir), the Uncompahgre Project (Taylor Park Reservoir) and more.

In general, the local entities like conservancy districts, irrigators and municipalities who use the water are responsible for repaying the Bureau for the cost of the project. But the infrastructure is owned by the Bureau of Reclamation. Some projects are operated by reclamation and some are operated by a local entity. Many also have a hydropower component.

“I think each project operator is having to look at their contractual obligations with the Bureau and their attorneys are going back over those with a fine tooth comb to see if the arm of the Bureau can reach up through Lake Powell and into the upper basin states ,” said Kathleen Curry, a rancher and Gunnison County representative on the Colorado River Water Conservation District. “All of the upper basin projects are going to need to look real hard at what authority the Bureau has.”

Last year reclamation made emergency releases out of Blue Mesa, Flaming Gorge and Navajo reservoirs to prop up Lake Powell. In this instance their authority was not questioned since these reservoirs are, along with Lake Powell, the four initial reservoirs of the Colorado River Storage Project. They store what’s called “system water,” which is used specifically to help the upper basin meet its delivery obligations to the lower basin. 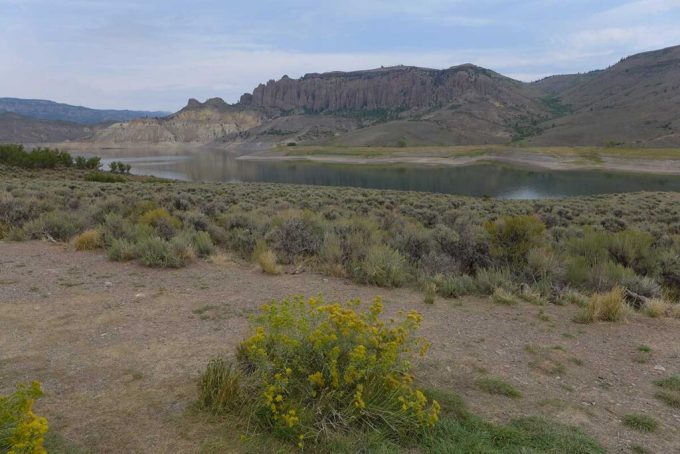 But water managers still don’t know exactly what, if anything, reclamation is allowed to do with the water contained in other reservoirs with reclamation ties.

At the River District’s third quarterly board meeting in July, board members repeatedly tried to pin down answers from federal and state officials without much luck.

Montrose County representative and state Rep. Marc Catlin asked state engineer Kevin Rein where he stood on whether the Bureau of Reclamation could make reservoirs with Reclamation ties release water downstream to Lake Powell to meet the 2 to 4 million acre-feet conservation goal.

“If the Bureau of Reclamation comes into the state of Colorado and says it wants to move water… down to Lake Powell, what’s the state engineer going to do?” Catlin asked. “Are those water rights under state law or federal law?”

Rein did not know the answer.

“I’m not sure what authority — this is not one of those rhetorical ‘I’m not sure,’ I really am not sure — what authority the Bureau of Reclamation would have to induce a federal project with state water rights to release them to get to Powell,” Rein said.

Later in the meeting, Katrina Grantz, the Bureau of Reclamation’s Upper Colorado Basin Assistant Regional Director, gave a presentation and took questions from board members. Curry asked if changes could be proposed to the operation of projects within the 15 counties represented by the River District with federal ties to get closer to the 2 to 4 million acre-feet. Grantz side-stepped the question.

“At this point we are not looking at specific locations,” she said. “I would turn it around and say: Are there areas where you locally think there might be areas to conserve?” 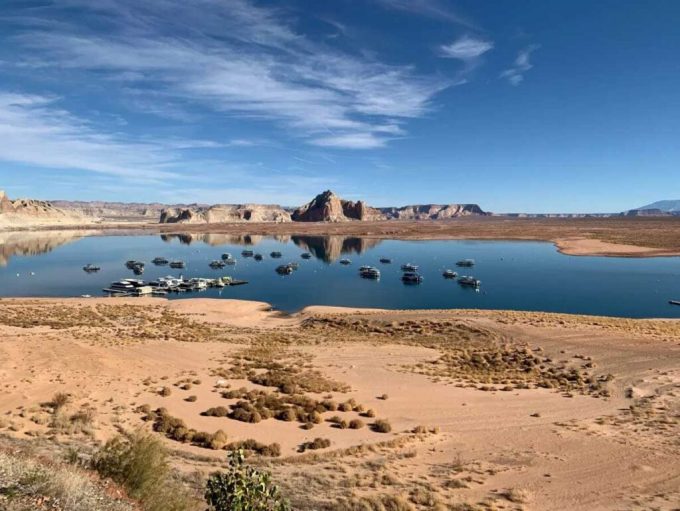 River District General Counsel Peter Fleming said the authority of the feds in the upper basin is untested. This is partly because the upper basin has dozens of small reclamation projects as well as thousands of individual water users on private ditch systems that are not affiliated with the federal government. Colorado has generally been left alone to administer this complex system of water rights under the state doctrine of prior appropriation, which means older water rights get first use of the river.

The lower basin, in contrast, has only about 20 diversions — and only six or so big ones — from the Colorado River. And each entity that uses water from Lake Mead has to have a contract with Reclamation, meaning the federal government is directly involved with water deliveries.

Fleming said that the River District does not have advice for its water users on the situation, other than to reiterate the upper basin stance that the responsibility to come up with the 2 to 4 million acre-feet lies overwhelmingly with the lower basin.

“At the end of the day I think there will be a big effort to try to resolve things through agreement and I believe the secretary will exercise her authority to the greatest extent she can without triggering litigation,” Fleming said.

Water managers may not have to wait long to get some clarity. The deadline for the states to come up with a conservation plan before the feds take action to protect the system is fast approaching. The upper basin states, through the Upper Colorado River Commission, have put forward a 5 Point Plan, which lays out actions they say are designed to protect the reservoirs.

Amee Andreason, public affairs specialist with the Bureau of Reclamation, said officials may answer the question of federal authority in the upper basin at a media event on Aug. 16 that coincides with the release of the August 24-month study, which lays out reservoir operations for the following water year.

If the feds end up curtailing uses in the lower basin, it could set a precedent that would strengthen the argument that they can do the same in the upper basin, Kuhn said.

“That’s one I think is the elephant in the room,” he said. “The fact that the River District board was asking about authorities tells you people are thinking about it.”

Aspen Journalism is an independent, nonprofit news organization that covers water and rivers. For more, go to www.aspenjournalism.org.