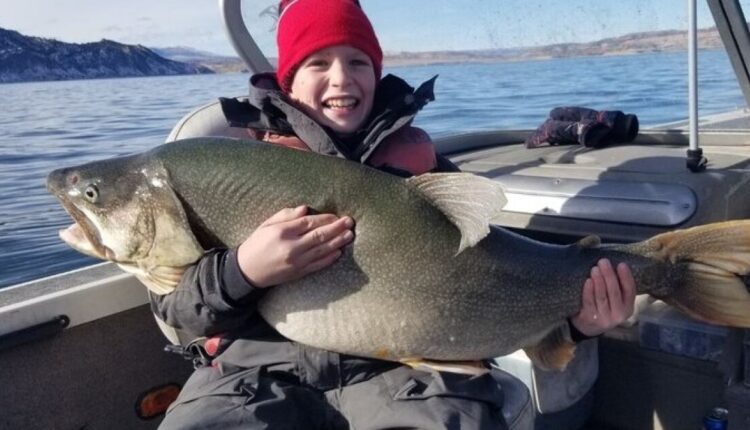 FLAMING GORGE RESERVOIR, Utah – While 2020 wasn’t the best year for most, it was pretty good for an 11-year-old Utah fisherman.

Tyler Grimshaw is getting used to catching fish that are bigger than him!

In June, when he was just a young boy of 10, Grimshaw caught 41 pound lake trout at Flaming Gorge Reservoir.

But the Utah Division of Wildlife Resources says Grimshaw, now 11, outdid himself this weekend by catching a 48-pounder in the same location.

WATCH: The fishing industry is among the hardest hit by COVID-19

Grimshaw caught and released both fish, but it might be time his parents bought a bigger boat.

Back in June, 10-year-old Tyler Grimshaw caught a 41-pound lake trout in Flaming Gorge and released it again. At the weekend Tyler (who is now 11 years old) caught this 48-pounder (also on #FlamingGorge) and successfully released it, again from 👏 himself 👏 – keep it up, Tyler! pic.twitter.com/fvIbqyVCxe

ERs Are Swamped With Seriously Ill Patients, Although Many Don’t Have Covid