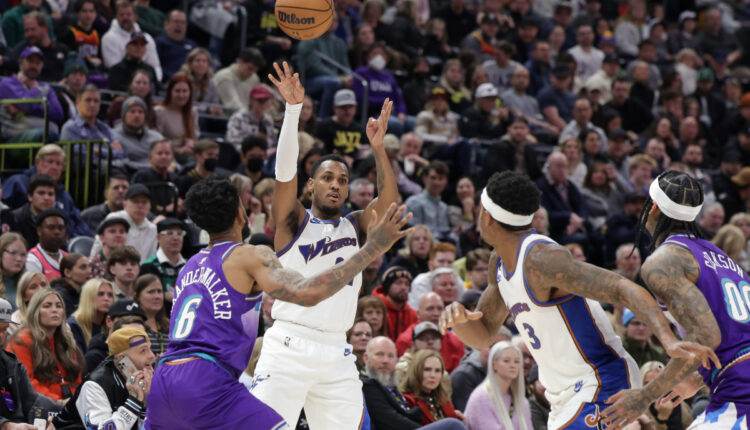 Here’s what worked glowingly well against the Phoenix Suns:

At times Beal’s in the clutch moments are questioned. Rightly so. However, on Tuesday against the Suns, Beal showed leadership and poise down the stretch in snapping what could have been an 11-game losing streak. Beal’s leadership helped stop the ten-game losing streak in its tracks and the team finally came up with its first win in the month of December.

Beal had only two first half points and was visibly frustrated with how poorly he played in the half. He showed the mark of leadership by putting the first half play behind him and getting himself together in the second. Beal scored 16 points in the fourth quarter and would finish with 27. He did miss a few free throws but made up for them by hitting two crucial free throws to put the Wizards up by five late in the game.

This was not the storyline for the Wizards match-up against the Utah Jazz.

The Wizards would get Rui Hachimura back on the active roster for this game but would not have Kristaps Porzingis or Deni Avdija for this matchup. Avdija had his fourth double-double of the season against the Phoenix Suns and both Avdija and Porzingis would be missed against the Jazz. The Wizards shot poorly from three-point range which was hard to overcome in the fourth quarter. The Jazz hit their stride late in the game and sealed their victory against the Wizards, 120-112.

Related: Wizards Back In The W Column

Related: When One Team Makes 16 Three’s And The Other Six, That’s The Game