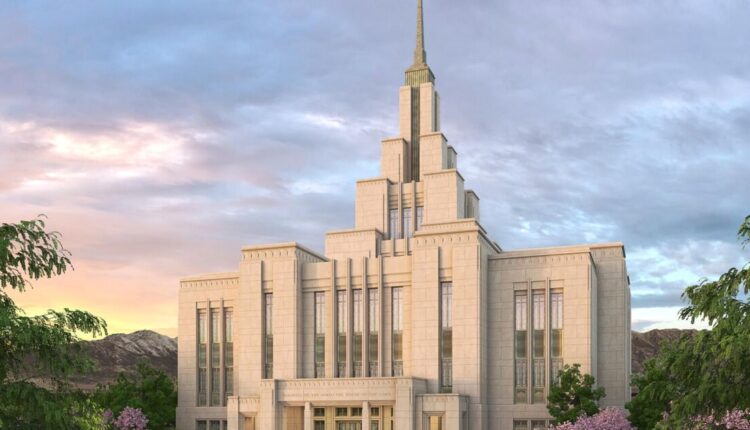 When is the Saratoga Springs Utah Temple open house and dedication?

The First Presidency of The Church of Jesus Christ of Latter-day Saints has announced the dedication and open house dates for the Saratoga Springs Utah Temple.

The Saratoga Springs Utah Temple will be dedicated on Sunday, Aug. 13, 2023, by President Henry B. Eyring, second counselor in the First Presidency, with the three sessions scheduled for 9 am, 12 noon and 3 pm The sessions will be broadcast to all units within the temple district.

The announced dates were first published Monday, Nov. 21, on ChurchofJesusChrist.org.

Additional details regarding the temple dedication will be announced at a future date.

The Saratoga Springs Utah Temple was announced in April 2017 by then-Church President Thomas S. Monson. The three-story temple of approximately 87,000 square feet is located at 897 S. Ensign Drive, west of Redwood Road in the Beacon Pointe subdivision. An adjacent meetinghouse of 21,000 square feet was also built on the 22.7-acre site.

Elder Craig C. Christensen, a General Authority Seventy and then-president of the Utah Area, presided over the groundbreaking of the Saratoga Springs Utah Temple on Oct. 19, 2019, and offered the dedicatory prayer on the temple site.

Utah is home to not only the world headquarters of The Church of Jesus Christ of Latter-day Saints but also 2.2 million Church members — approximately two-thirds of the state’s population.

In Utah, the Church has 28 total temples — dedicated, under construction or announced.

There are currently no Utah temples announced and still in planning and design.