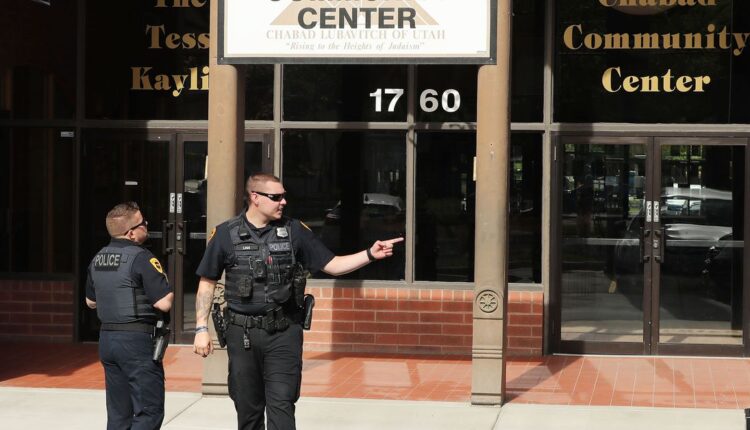 Who’s to blame for the increase in hate? | Opinion

Our country is experiencing a worrying rise in hatred against minority communities and individuals. Recent examples include the attack on a Jewish man in Times Square in New York City and the knife stabbing of two elderly Asian women waiting for a bus in San Francisco.

The US Department of Justice cites other cases in Indiana and Michigan of more brutality towards African Americans and a jury conviction in Illinois of a man who bombed an Islamic center.

Overall Violence Against Americans of Asian Descent Increases Dramatically During COVID-19 Pandemic; According to a study, in the first quarter of 2021 in the 16 largest cities in the US increased by 164%. And just as the fighting in the Middle East between Israel and Palestinians escalated this spring, so too has the attacks on the Jewish population in the United States increased. These attacks have increased significantly in recent years.

This trend should affect all of us, regardless of belief, race, ethnicity, or personal politics. Sadly and ominously, the recent 2020 presidential election only intensified deep divisions in our nation – politically, racially, geographically, socioeconomically.

Some members of the pro-Trump mob who attacked our Capitol and beat up police officers in Washington, DC, wore “MAGA: Civil War, 6th of Congress, and at least one rioter was found in an” Auschwitz Camp “sweatshirt earlier this year photographed.

Political poison has penetrated our own state as well and has put Utahn against Utahn. Anti-Semitism is evident in our capital, where a synagogue was recently ravaged with a Nazi swastika. This symbol of hatred has been graffitied in other areas of our state.

In 2020, Utah reported more than 800 violent crimes against residents of Asian or Pacific islanders. And while our state has made progress on LGBTQ + rights and equality, prejudice against these community members remains an issue, even during Pride Month.

One of us, a former longtime Utah state lawmaker and member of the Jewish faith, writes from personal experience. Anti-Semitism has taken the form of hateful comments in local grocery stores and harassment in their neighborhood.

The other of us, who has represented the US State Department in Iraq and Afghanistan for seven consecutive years, has seen firsthand what uncontrolled hatred and violence can do within and for communities.

If any state should have a deep understanding of what hate can mean and the serious harm it can do to families, it is Utah. Well over a century ago, many of our pioneering ancestors were forced in carts and handcarts into the remote mountains and arid deserts of the American West, pursued by anti-Mormon bigotry and violence. Empathy has traditionally been a strong value in Utah, but it is a quality that must be practiced to be enduring, and not just preached from the pulpit.

We are more diverse than people think. Salt Lake County speaks approximately 120 languages, with the top 10 (after English) according to the US Census Bureau being Spanish, Vietnamese, Tongan, Chinese, Samoan, German, Serbo-Croatian, French, Portuguese, and Russian.

Our scenic, hardworking, global and fast growing beehive state – the fastest in the country in the past decade – was discovered as many companies and workers move here and the job market is booming. However, in order for Utah to be truly hospitable as its diversity increases, each of us must play a proactive role in promoting our public discourse and helping to protect the most vulnerable among us.

All Utahners who care enough about it must resolutely oppose hateful speeches and actions. When you hear it, give them a call. If you see it, report it. When a family member, neighbor, or church colleague peddles this type of poison, push yourself back.

Write letters to the editor. Join groups fighting for courtesy. Pressure our Republican Congress delegation to be conscientious and solution-oriented while working for balance and wisdom in our local politics as the critical redistribution process is discussed and decided later this year.

Silence about “we, the people” amounts to complicity. And apathy about hateful behavior leads to more, no less, including a day when it may turn against you or your own family, if it has not already been.

In the months and years to come, we must work together to ensure that the politics of empathy prevail over the politics of hate. This is the kind of Utah that will move us forward together, stronger and as a more hopeful and safer place for all residents of our state.

Patrice Arent served on the Utah legislature for 20 years and as co-president of the National Association of Jewish Legislators for a decade, which she still serves on the board of directors. She also serves on many non-profit community boards.

Kael Weston, a former State Department official, teaches at Marine Corps University, is the author of The Mirror Test: America at War in Iraq and Afghanistan and was a 2020 Democratic Party candidate in Utah’s 2nd Congressional District.

Almost 5,000 other Utahners are fully vaccinated against COVID-19