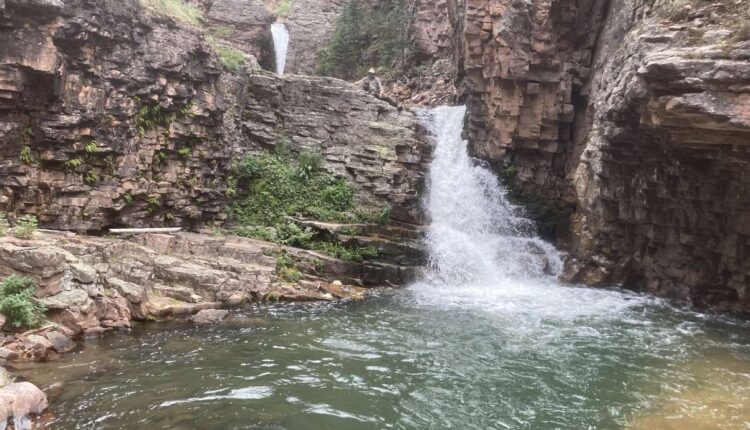 VERNAL — Utah wildlife biologists are set to begin yet another round of rotenone treatments at a pair of drainages in High Uintas this week — and later this month — as it seeks to restore native fish habitats in the region.

Work was scheduled to begin Monday at the Oweep Creek stream complex in the Lake Fork drainage in the High Uintas wilderness, where biologists with the Utah Division of Utah Wildlife Resources will use rotenone, a substance found in the roots of a tropical bean, in the water. Their work in the creek is scheduled to continue through at least Friday.

The substance is lethal to fish, which is why biologists use it to clear out invasive fish species in various Utah bodies of water. It’s not considered dangerous to people, pets or wildlife in the “extremely low quantities” that are used by biologists; however, as a precaution and with crews and equipment in the area, people should avoid the creek while the biologists do their work.

The water closure also includes Porcupine Lake on the south slope of the High Uintas, which is a tributary of the creek.

“The temporary closure only affects treated waters and prohibits the public from entering the treated water and obtaining drinking water from sources of the treatment area. All hiking trails and other access will remain open to public use,” said Tonya Kieffer-Selby, a spokeswoman for the division’s northeast region.

Similar work is scheduled for the West Fork of Carter Creek at the end of the month, with closures expected to linger into the start of September. That will impact Weyman Creek and Beaver Creek, as well.

“The treatment areas will be well signed and will reopen after the treatment process is over and rotenone levels are no longer detectable in the streams,” Kieffer-Selby added. “We estimate the Oweep Creek drainage will tentatively reopen to the public on Aug. 7 and the West Fork area should tentatively reopen on Sept. 4.”

Bryan Engelbert, the division’s regional sportfish biologist, explains that all of the work is to help restore the range of the native Colorado River cutthroat trout, which has been threatened by invasive fish species like brook and rainbow trout.

Biologists previously conducted treatments of Potter Lakes and East Fork Carter Creek areas on the north slope of the Uintas in 2019, 2020 and 2021. And the division increased the fishing limit in the two project areas earlier this year in an effort to have anglers catch as many fish as possible before this year’s project began.

“The activities will protect the species, while also providing people with great areas to fish for these native fish,” Engelbert said.

If the Carter Creek treatment is successful, biologists will begin to stock native Colorado River cutthroat trout this fall. Fish will also be stocked at Lamb, Mutton and Ram lakes, which fall within the creek’s drainage, division officials said. They add that biologists will restock the native trout pieces at Osweep Creek in 2024 unless a third rotenone treatment is needed that year.