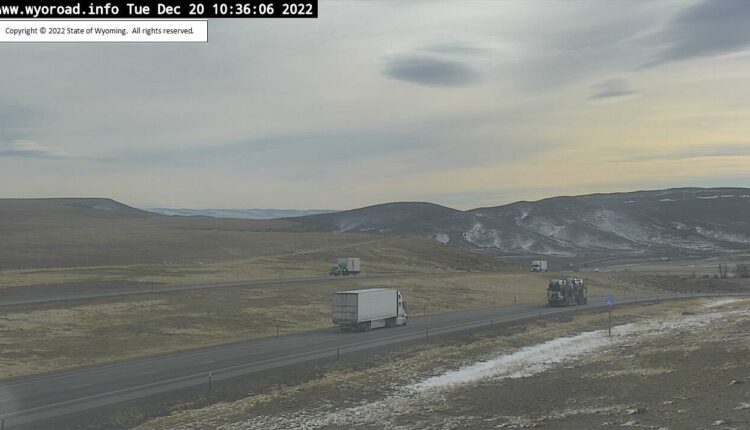 CASPER, Wyo. — The Wyoming Department of Transportation has lifted wind closures on Interstate 25 in the southeast part of the state, but strong winds are expected to return to the region.

Wind closures remain in effect on I-80 between Laramie and Elk Mountain as of 10:25 am Tuesday, according to WYDOT.

60 mph gusts are expected in south Lincoln County, Rock Springs, Green River, Flaming Gorge and east Sweetwater County from Wednesday morning through Wednesday afternoon, according to the NWS in Riverton. Some snow could occur in that region as well.

Strong winds are expected to pick up again along the I-25 corridor from Cheyenne to Glendo, with 75 mph gusts possible from 8 pm Tuesday until 5 pm Wednesday, according to the NWS in Cheyenne. 75 mph gusts will also be possible in the central and south Laramie Range and lower elevations of Platte County. Other areas in the southeast, including Douglas, Cheyenne, Laramie, Saratoga, Muddy Gap and Shirley Basin, could see up to 60 mph gusts.

The strong winds on Wednesday could accompany bitter cold temperatures as an Arctic cold front moves into the state. Areas of Wyoming could see windchill values ​​as low as minus 70 degrees between Wednesday morning and Friday, according to NWS offices covering the region.

Further forecast information is available from the NWS.