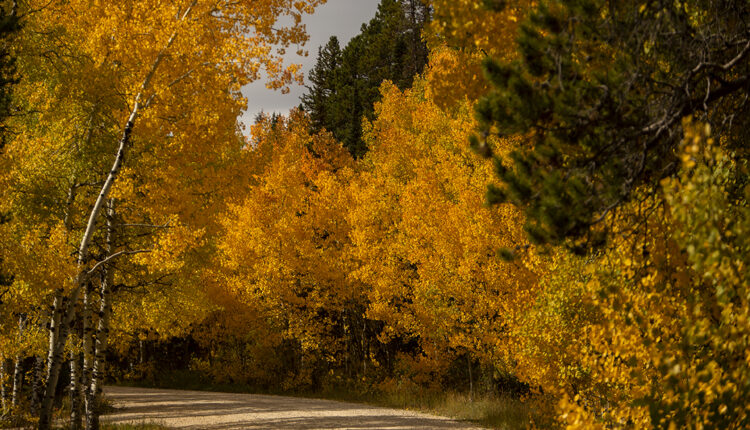 With almost no October rain or snow so far, 81% of Wyoming in drought

CASPER, Wyo. — With above-normal temperatures and almost no rain or snow since the start of October, 81% of Wyoming is under drought conditions, the National Weather Service in Riverton said on Wednesday.

While a few weak storms brought some precipitation to the state toward the end of September and the start of October, there has been “hardly any since then,” the NWS in Riverton said in a drought information statement. 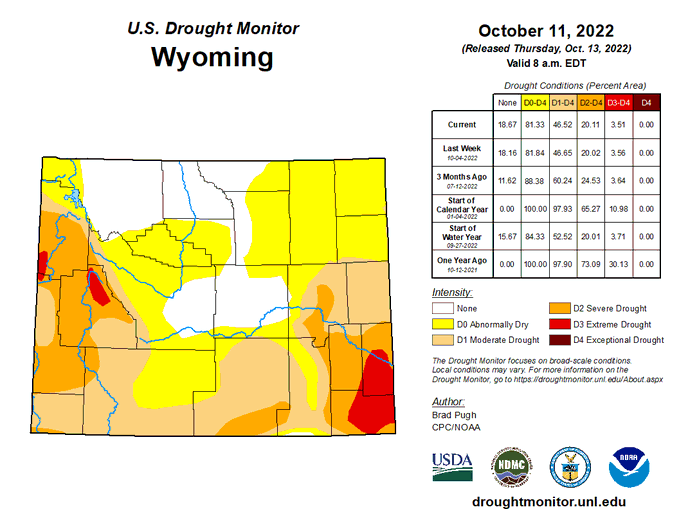 “Most of that moisture fell over the western Wind River mountains and across south-central Wyoming, while leaving the rest of the state on the third side of the pattern,” the statement added. “The wettest areas across Wyoming were observed across northwest Fremont and eastern and southeast Sweetwater Counties, where over 150 percent of normal precipitation were recorded.”

Over the past four weeks, central and northeast Natrona County and western Sweetwater County have been the driest parts of the region, receiving less than 25% of normal precipitation.

“Stored water levels across the region continued to decline, as the long-term drought conditions have kept the downstream demand up and the inflows low,” the drought statement said. “Pathfinder’s levels continue to decrease as it fills Alcova and [the] Majority of the Green River Basin’s reservoirs have been feeding Flaming Gorge, which in turn has been increasing downstream flows to assist the Colorado River situation.

Wyoming could see some snow and rain move this weekend, according to forecasts from the NWS at Riverton. Western mountains could see several inches of snow, with rain and snow likely in some areas east of the Continental Divide, including Casper, overnight Saturday and into Sunday.

The Climate Prediction Center’s outlook for Wyoming for the rest of October calls for cooler-than-normal temperatures and a chance for above-normal precipitation. From November through January, the CPC’s seasonal outlook predicts a slight chance of above-normal temperatures across Wyoming, with precipitation totals expected to be near average for the region, the NWS in Riverton said.

“The latest US Monthly Drought Outlook for the rest of October indicated that drought conditions will persist across western and southern Wyoming, with some improvement across the northern and central sections,” the NWS in Riverton said. “Looking further towards the end of the year, the US Seasonal Drought Outlook for the period of November through December has drought conditions continuing across western, southern and eastern Wyoming for that period.”