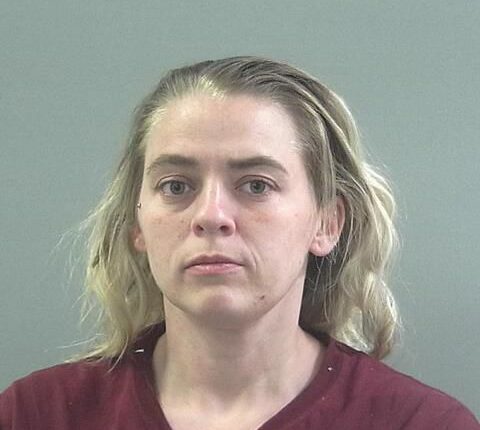 OGDEN — A woman charged as the getaway driver in a Christmas Day 2020 home invasion and murder was an ongoing domestic violence victim of one of the alleged shooters and was under his coercion, her attorney says.

Several days before the crime, Brittany Ann Rogers, 33, suffered a broken jaw at the hands of a co-defendant, and six broken ribs three months earlier, an attorney for Rogers argued recently in a motion advancing an “affirmative defense of compulsion. ”

Rogers faces five felony charges, including murder, in the death of Trevor Anthony Martin and the critical wounding of his girlfriend in a 3 am Christmas morning incident in Riverdale. Liam Gale, 33, and Rayburn Jimmy Bennett Jr., 18, are charged with first-degree felony aggravated murder and other charges.

Charging documents alleged that Rogers drove the two men to Martin’s home, drove around outside, picked them up after the shootings and took them home. Prosecutors contend she was aware of the allegedly planned robbery.

“The court must instruct the jury to consider the pattern of domestic violence,” defense attorney Randall Marshall said in the motion, “when she did not resist Liam Gale’s command to drive him to the victim’s home.”

Marshall said Rogers “lived in fear” of Gale and had made an appointment to get an apartment from the Safe Harbor crisis shelter in Davis County the week before the shootings.

The night before the shootings, Rogers was home with her children — she was staying in a room provided by a friend, Marshall said. Gale was homeless and stayed “on and off” with Rogers.

When Gale arrived and told her to take him “to get a lick,” a robbery, Rogers had just given her children their Christmas presents and she thought Gale “would destroy everything” if she said no, Marshall said. Furthermore, several days before, Gale allegedly “told her he was going to shoot up her parents’ house with her kids in it.”

Marshall quoted an appellate court opinion that said “it is time to consider the effects of domestic violence” as a legitimate factor in compulsion defenses.

But a Weber County Attorney’s Office responding court filing asserted that Rogers does not qualify for the compulsion defense. State law requires that the use or threat of imminent, unlawful force must be present and that the threat was something that a “person of reasonable firmness” would not have resisted.

Additionally, no evidence of a threat has been produced, the prosecutors argued. They pointed out that Rogers answered “no” when Riverdale police asked her if Gale had threatened her to act as the driver.

“No, he just told me,” Rogers said, according to a police transcript. “I’m sick of fighting with him. All we do is fight and argue.”

In his police interview, Gale, when asked about Rogers being the driver, said, “She had no choice. She’s a real submissive type. She wants to please me.”

Judge Camille Neider has scheduled a final pretrial hearing for Rogers on Dec. 6. Her trial is set to begin April 10.

Gale and Bennett have trials later in 2023. Charging documents alleged that they forced open Martin’s door and Bennett rushed in, shooting Martin several times. Martin’s girlfriend tried to stop Gale, but he shook her away and also shot Martin, the documents said. One of the men turned and shot the woman on their way out. Gale and Bennett gave conflicting accounts in their police interviews about which one allegedly shot the woman.