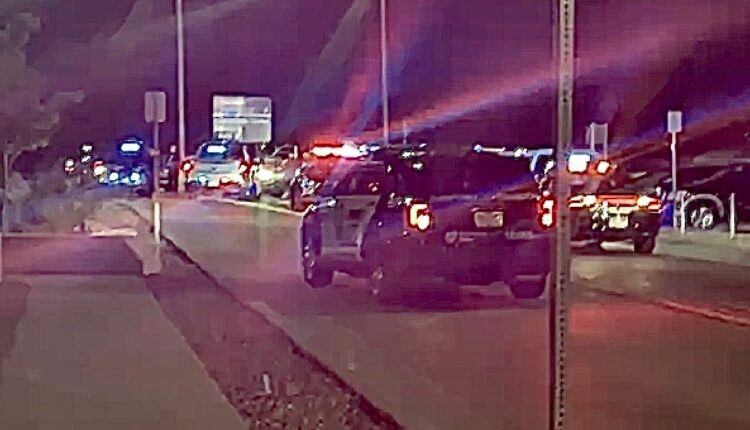 Woods Cross police responded about 9:20 pm to an apartment complex on the east side of the city where tenants were having a Halloween party, Assistant Chief Adam Osoro said.

Family members told police that one person got “pretty intoxicated” at the party, and the man’s brother was preparing to drive him home, Osoro told Gephardt Daily.

After the man put his 4-year-old daughter in the car but before he could get behind the wheel, “drunk uncle decided he was going to slide over and take the vehicle,” Osoro said.

Officers quickly located the vehicle and a pursuit ensued, he said.

“He immediately began driving recklessly,” Osoro said. “Initially, the reports were the driver was traveling in excess of 100 mph,” leading Woods Cross police to terminate the pursuit.

“Once we were able to verify the driver was not a parent, we made the decision to continue pursing the vehicle,” he said.

A K-9 unit was deployed to take the man into custody, he said. The child was unharmed and returned to her family, Osoro said.

“It was a good outcome,” he said. “We’re proud of our officers and the officers from other agencies [who assisted]. We’re glad we were able to get him off the road and the child back to the parents unharmed.”

The man was taken to an area hospital for evaluation, police said. He is expected to be arrested for investigation of DUI, failure to stop at the command of police, reckless driving and other possible charges.

St. Joseph-Ogden storms back to knock off Robinson 55-39