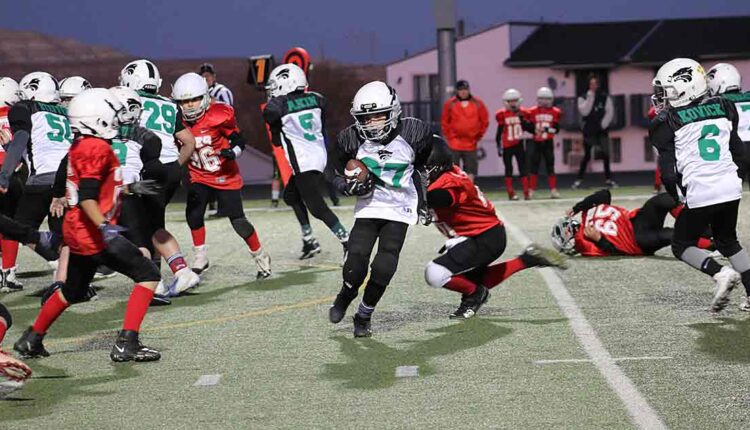 
This is only part of the action during the Green River v Vernal, Utah game on Friday night. SweetwaterNOW photo by Stephanie Thompson

Despite the windy conditions, teams from across Wyoming and one team from Utah continued to play.

Results of the Pig Skin Challenge 2020

The organizers of the program would like to thank all parents and referee teams who contributed to the success of the event. They also wanted to thank their sponsors, Cowboy Donuts, Tire Den, Rock Springs Tire, The Hitching Post Restaurant, Staci Ann’s Cafe, and Coca Cola for their generous donations.