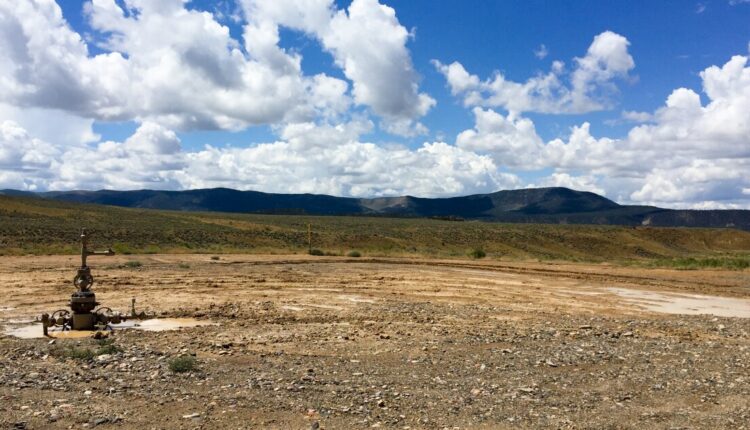 Seven young Utahns filed a lawsuit this week against the state because of its policies related to fossil fuel development. They argue that it’s hurting their rights to life, health and safety.

“Dangerous air quality and climate change in Utah are already harming the health and safety of Utah’s youth, interfering with their healthy development, and taking years off of their lives,” the suit states.

Fifteen-year-old Natalie Roberts of Salt Lake City is a plaintiff in the case and said it’s a problem that Utah is continuing exploration, extraction and exploitation of fossil fuels — especially since it’s leading to problems with air quality, drought and extreme heat.

“I’ve lived in Utah my entire life, and it’s been very easy to see that we are in a crisis at this point in time,” Roberts said. “If we don’t change our behavior, if we don’t get the government to change their behaviors, it’s not going to end well. Like we can see the effects that are happening now, we’re all experiencing them.”

She said she and others her age are being disproportionately affected by the impacts of climate change and that the youths’ voice is “very powerful to combat what’s going on in the world.”

This lawsuit is similar to others happening in several other states. For the first time, a lawsuit of this kind in Montana is set to go to trial in early 2023.

Our Children’s Trust, which works with kids and teens in these cases, is asking the court to declare some of Utah’s unconstitutional laws.

“It’s not that the state is not doing enough to address air quality and climate change issues — they’re actively making them worse,” said Andrew Welle, a senior staff attorney with the Trust. “They’ve enacted policies in Utah statutory code that make that clear, that their aim is to maximize fossil fuel extraction, knowing of the dangers to it.”

The suit names Gov. Spencer Cox, the Department of Natural Resources’ Office of Energy Development and the Division of Oil, Gas and Mining. Spokespeople for the defendants declined to comment because of pending litigation.