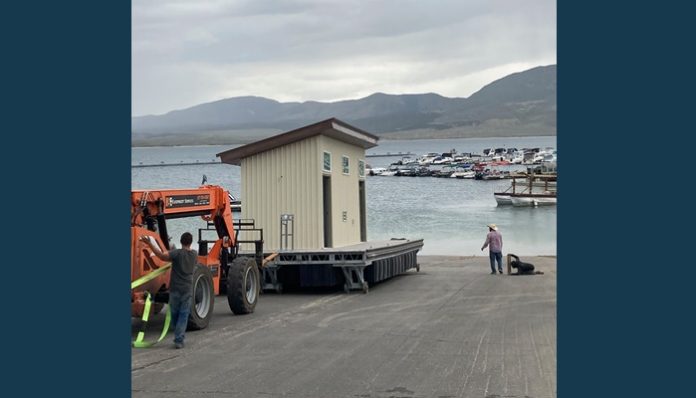 SALT LAKE CITY, Utah, Nov. 9, 2021 (Gephardt Daily) – A $ 1.2 million project to install over 30 boat docks in the Lucerne Valley Marina in the Flaming Gorge Reservoir has now been completed, making it the first of a . funded project in Utah Boating Infrastructure Grant.

The project included installing two new ADA-compliant docking facilities for transit boats, which are boats that will anchor in the marina for at least one night, according to a press release from the Utah Division of Wildlife Resources. One of these facilities has 14 berths for 26- to 30-foot boats and access to electricity and water supplies, the press release said. The other dock includes 10 slips for boats up to 36 feet and 11 slips for long-term storage of large boats. A wave damper was also installed to protect the new docking facilities and the boats stored there.

The project was planned and designed in 2018 and the manufacture of the docking systems began in June 2020. The final installations were completed in September 2021.

“The Utah Division of Wildlife Resources recognizes that the Flaming Gorge Reservoir is an incredible place enjoyed by boaters from all over Intermountain West,” said Nathan Owens, DWR boat access coordinator. “As boat visits to the reservoir have increased, it is important that boaters have facilities that will provide them with a safe and enjoyable experience.”

“This project is a lifelong goal for Lucerne Valley Marina in Flaming Gorge,” said Jerry Taylor, President of Lucerne Valley Marina. “The new dock system and damper will not only meet the growing demand for permanent and temporary slippage, but also protect our current five docks from strong wind and wave conditions. Our facility sees a third of all visitors to the Flaming Gorge, and this new project will improve the public’s experience. “

The grant totaled approximately $ 682,000 in funding from the US Fish and Wildlife Service, DWR, and the Utah Division of Recreation, and an additional $ 597,000 from Flaming Gorge Corporation for marina improvements.

DWR administers the Boating Access Grant Program for Utah, which funds projects such as boat ramps, marina parking, marina toilets, docks, and other improvements. Through a partnership with the Utah Division of Recreation, approximately $ 1.2 million annually is available for these improvements at various locations.

Boaters can contact the local agency that manages a body of water or email them [email protected] to propose possible project ideas to improve boat access.