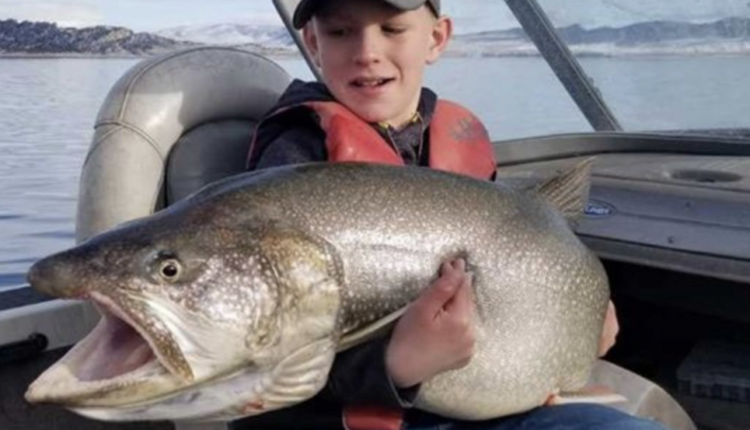 Tyler Grimshaw made the catch of his life fishing in the Flaming Gorge Reservoir.

The 10-year-old spooled a 41-pound lake trout all by himself, according to the Utah Division of Wildlife Resources. After Grimshaw took a picture, he released the fish.

Lake trout is a popular sport fish native to Alaska, Canada, and parts of the northern United States, including the Great Lakes. It is not native to Utah, however, but the species has been introduced to some of Utah’s major cold water lakes, including Flaming Gorge Reservoir, Fish Lake, and Bear Lake, according to the Utah DWR.

Need a COVID-19 test in Utah? Avoid this site if you can, officials say

Big night from Erickson, George leads BYU past Westminster in the final vote of the WCC