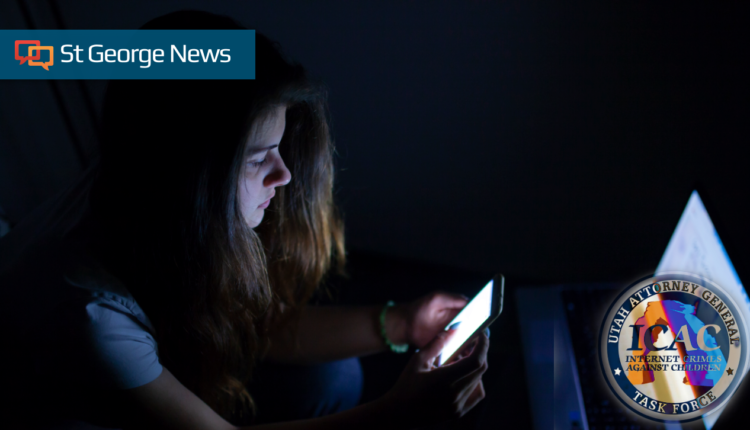 ST. GEORGE – The Utah Attorney General’s Office recently launched a statewide sting operation to address the growing number of child pornography cases that make up a $13 billion industry that continues to grow each year.

The task force was launched by the Utah Attorney General’s office in 2000, and is one of 61 programs nationwide.

During the week-long series of sting operations officers intercepted messages and pornographic images involving children from Ogden to Cedar City – efforts that resulted in a dozen arrests, eight search warrants 13 investigations that were opened in cases that are still pending.

There has never been a better time – considering that in 2020, the number of cases exploded, and during that year alone, there was a 600% increase in the number of cases that were forwarded to police for follow-up, said Richard Piatt, Deputy Chief of Staff and Communications Director at the Utah Attorney General’s Office.

“And it keeps getting worse,” Piatt said.

During the week-long operation, officers intercepted messages and videos and images involving children from Cedar City to Ogden – a mission that resulted in a dozen arrests, eight search warrants and 13 pending cases.

It wasn’t only the number of reports that increased, according to ICAC Commander Alan White, who went on to say the age of the victims that agents were finding were younger – even toddlers, he said, and agents were also seeing cases involving younger victims more often. 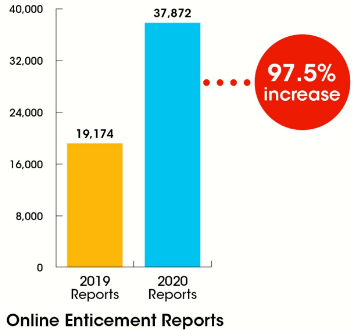 Between 2019 and 2020, the number of underaged online entries jumped more than 97% | Image courtesy of the National Center for Missing and Exploited Children, St George News

“It’s disturbing and overwhelming, to say the least,” White added.

The ICAC task force is one of 61 task forces nationwide that consists of hundreds of local, state and federal law enforcement agencies, including the AG’s ICAC affiliates across Utah.

Washington County Sheriff’s Sgt. Joel Hafoka told St. George News that deputies affiliated with the task force participate in any ICAC operation that takes place within the county—including the sting operation that was conducted last month.

Hafoka also said the sheriff’s office is stepping up operations to address the crimes involving online threats directed at the exploitation of children, which is one of the department’s top priorities.

“We need to identify and arrest those who prey on children,” Hafoka said. “And we have made this a top priority within the department.”

In Iron County, Sheriff Ken Carpenter told St. George News said the sting operation was very successful, and led to multiple arrests, the execution of several search warrants, as well as a number of investigations – three of which are still ongoing.

Carpenter went on to say one such arrest involved a suspect who took a Greyhound bus from San Diego, California to meet up with what he believed was a 13-year-old in Iron County to have sex. Another arrest that took place during the sting involved a suspect who traveled from the east coast to meet up with a juvenile for the same purpose. Both were arrested and booked into jail in Iron County.

By showing up and traveling to meet a juvenile, the sheriff said, “it takes this whole crime one step further – because they’re trying to meet these children in person.”

Another element of particular importance for the sheriff’s department was the training opportunity that his deputies were able to benefit from during the sting. 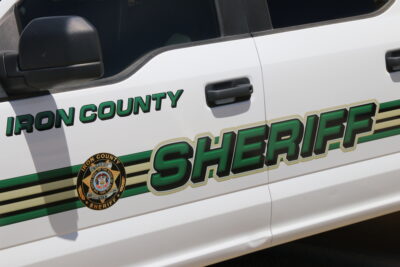 In fact, Carpenter said, several of the deputies and detectives had already undergone extensive training in conducting online sting operations. He said it was during the sting last month that his officers, working under the tutelage of several task force agents and the Utah Attorney General’s Office, were able to complete the training and were given the green light as ICAC affiliates to start conducting their own undercover operations related to online crimes against children.

“We want to get these predators off the streets – and now our department can do that,” Carpenter said.

The Iron County Sheriff’s Office has been very active in their efforts to arrest those who lure or sexually exploit children online, the department has been involved in efforts for many years.

According to the National Center for Missing and Exploited Children, (NCMEC), the number of cases involving the online exploitation of children has exploded, as evidenced by the fact that in 1998, there were roughly 3,000 reports of child sexual abuse imagery, and just over a decade later, that number soared to more than 100,000.

Moreover, 2021 saw a rise across the board in multiple categories of online child pornography, as well as a 35% increase in the number of online child exploitation cases over the previous year, including child sex tourism, trafficking, child sexual molestation and cases involving obscene material sent to a child.

That spike came after a record-breaking year for the organization – 2020 – with nearly 22 million reports of suspected child sexual exploitation made to NCMEC’s ​​CyberTipline – marking the highest number of reports ever received in one year. It also saw a 97.5% increase in the number of online enticement reports during that year alone.

Additionally, more than 45 million online photos and videos of children being sexually abused were flagged by tech companies and reported to law enforcement — more than double what they found the previous year.

Because the term “child pornography” is used in federal statutes, it has become a common term used to describe the exploitation of children online.

Even so, this legal terminology in no way describes the “true horror that is faced by countless children every year,” according to the US Department of Justice, as it creates a permanent record of the sexual abuse of children – and the images created and placed on the internet only furthers the abuse that can continue “in perpetuity.”

This report is based on statements from court records, police or other responders and may not contain the full scope of findings. Persons arrested or charged are presumed innocent until found guilty in a court of law or as otherwise decided by a trier-of-fact.

Cody Blowers was raised in South San Francisco, California. A 2013 graduate from Colorado Technical University, Cody earned her bachelor’s degree in criminal justice with a minor in paralegal studies. Through the course of her academic studies she discovered that writing is her true passion, and she is committed to providing credible, integrated news coverage. Cody joined St George News in 2015, and when she’s not busy chasing the news, she can generally be found chasing her young granddaughter, Kali.