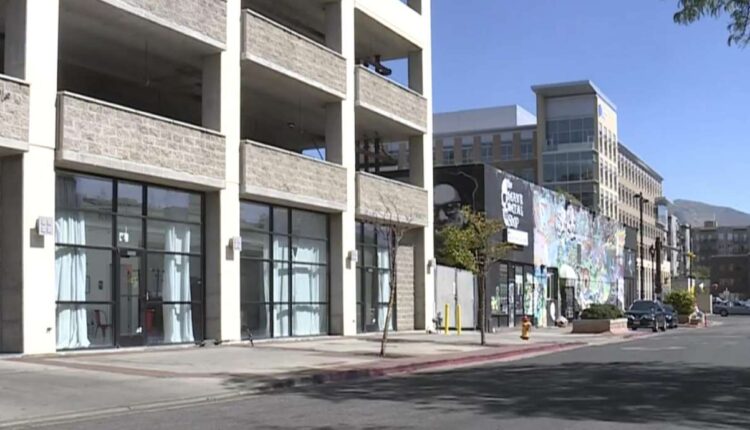 Two men believed to have been part of a group responsible for a shooting death inside the Exchange Place parking structure in downtown Salt Lake City in 2018 have been criminally charged. (KSL TV)

SALT LAKE CITY — Criminal charges have been filed against two men in connection with the 2018 killing of a man inside the Exchange Place parking garage.

On Sept. 15, 2018, David Lawrence Burwell, 25, was shot and killed during a fight between two groups on the lower level of the parking structure at 55 E Exchange Place. Police recovered four shell casings near Burwell’s body and nine more outside the main entrance of the structure.

Burwell had been with a group of friends at the Wasted Space bar, 342 S. State. As they were leaving, they were confronted by another group, according to charging documents. Based on surveillance video collected from nearby businesses and witness statements, prosecutors say the two groups “engaged in a heated confrontation.”

After the fight broke up, the two groups went their separate ways.

But when Burwell’s group reached their car in the parking garage, they realized that individuals in the group they had just been fighting with had also parked their car nearby. The trunk of the suspects’ vehicle opened, and a witness said Francis Lee Ragsdale, 34, reached inside and grabbed a gun, the charges state. Moments later, shots were fired and Burwell was hit.

Another witness told police they were on the sidewalk outside the garage when a car pulled up. Three men ran out of the parking garage and ran down the street, followed by Ragsdale who went to the car that had pulled up, the charges state.

“(The driver) exited the sedan and fired multiple rounds down the street in the direction the three men had run, then he and Ragsdale both entered the sedan which turned around and drove away eastbound,” according to the charges.

Based on tips from the public, Salt Lake police announced shortly after the shooting that Ragsdale was a person of interest in the shooting.

The day before the shooting, police say Ragsdale purchased two guns at a residence in West Valley City. Three days after the killing, Unified Police arranged to purchase those two guns during an undercover operation, according to charging documents. Those weapons were then turned over to Salt Lake police. The guns were tested with the shell casings collected at the scene and found to be a match, the charges state.

Last week, Andrew Jorge Thomas, 30, of Salt Lake City — who also goes by the name of Andrew Davison — was charged in 3rd District Court with possession of a firearm by a restricted person, a second-degree felony, and nine counts of illegally shooting a gun, a third-degree felony, with gang enhancement penalties if convicted. Police say he was the driver in the car that sped away with Ragsdale after the shooting.

Latoi Deron Newbins, 28, of Ogden, was charged in 3rd District Court with two counts of obstructing justice and two counts of possession of a gun by a restricted person, second-degree felonies. Court documents indicate that undercover officers purchased the two guns used in the shooting from Newbins.

Ragsdale is listed as a co-defendant in the charges filed against Newbins and Thomas. However, as of midday Tuesday, no formal charges had been filed against him in connection with the 2018 shooting.

Court records list Francis Lee Ragsdale, 34, as a co-defendant in the case of a fatal shooting in a downtown parking structure on Sept. 15, 2018. As of Tuesday, however, no criminal charges have been filed against him in the case . (Photo: Salt Lake police)×