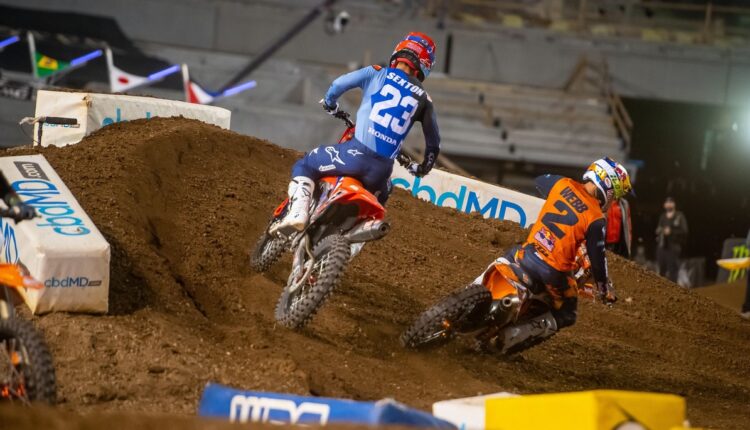 It feels like it’s been a long time since we’ve seen races, but in reality it was only a few weeks ago. Today we take one last look back at what happened at the Monster Energy AMA Supercross Final in Salt Lake City 2. Cooper Webb won his second 450SX championship but also won the race when he really didn’t need it. Winning the final like he did might tell us something about where Webb’s take on Lucas Oil Pro Motocross this summer is.

In the 250SX class, it took Colt Nichols and Justin Cooper only solid nights to win their respective championships. Like Webb, Nichols decided victory was in sight, but Jett Lawrence had other plans. We take a look at how each race faltered, why Hunter Lawrence wanted so badly on the podium, and how the championship celebrations began. All that and more about this episode of Race Examination.

Know where to go with the leading off-road GPS app. Access more than 400,000 miles of trails and roads, open data, and public land. Zoom in to find trails and off-road areas in all 50 states. Easily view public areas such as National Parks, BLM, and National Forests. Go out of service? Save maps for offline use. We got you covered. Find and download your zone on the map to access route details, public land lines, and waypoints. You can track your location and your travels even without service.