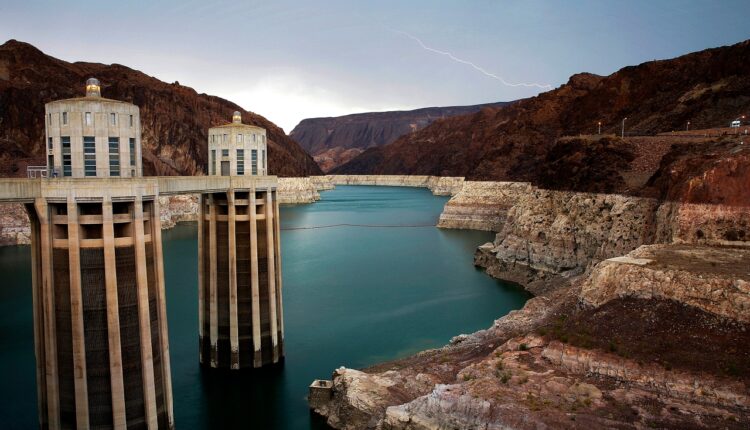 LAS VEGAS (KLAS) — Will 2022 be remembered as the year the West woke up to the realities of the historic drought affecting the Colorado River?

One thing’s for sure: the alarm clock is going off, and it’s time to get moving.

That sense of urgency has grown in Nevada, where water officials have forwarded a framework seeking big water use cuts for Colorado, Utah, Wyoming and New Mexico — the “Upper Basin states” of the Colorado River Basin. The states would be responsible for saving 500,000 acre-feet of water each year.

The Southern Nevada Water Authority (SNWA), led by John Entsminger, released the plan on Dec. 20 in partnership with the Colorado River Commission of Nevada (CRCNV). It wasn’t received with open arms.

Gene Shawcroft, Utah’s Colorado River commissioner, told the Salt Lake Tribune, “I like the fact that Nevada threw something on the table, because that gives us a point to talk to them about and explain again how the Upper Basin works.”

But it’s more than a conversation starter. The framework takes a hard look at the agreements that govern the distribution of precious river water.

“There is simply far less water for use in the Colorado River Basin than has been allocated,” the document says.

How we got here

Staring a “megadrought” straight in the eyes for a year after the federal government’s official declaration of a water shortage in August of 2021. No one blinked as Tier 1 restrictions went into place. The slow wheels of government began to move in 2022 as the US Bureau of Reclamation rejected plans put forward by the states that rely on the river for water — an essential supply of drinking water that also fuels industry and agriculture which are critical to the region. Reclamation announced it would act after states failed to reach a plan to save 2 million to 4 million acre-feet.

Nevada goes into 2023 under Tier 2 restrictions that will reduce its allocation from the river by 8% — which hasn’t caused a major concern because conservation efforts have been so successful. 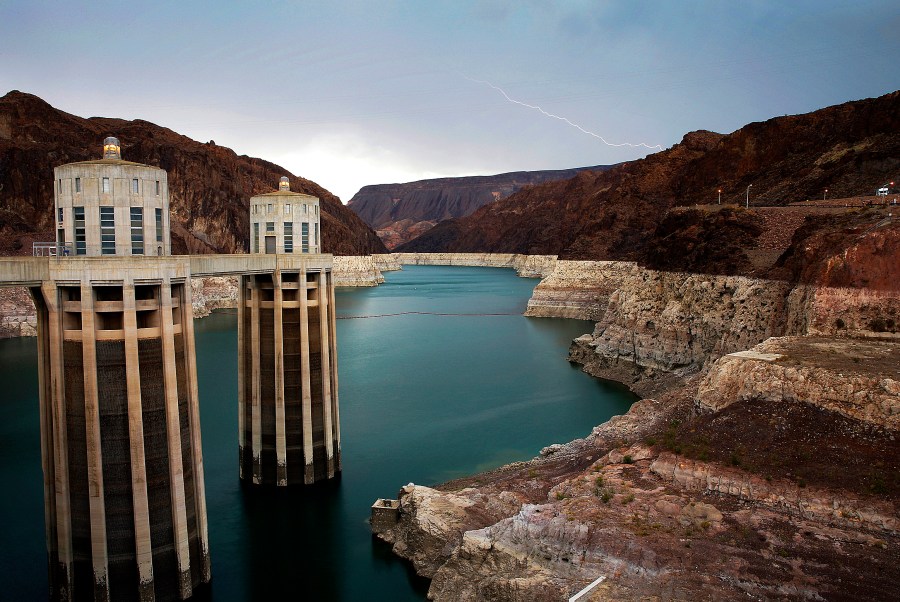 And while we proceed through the tiers with more restrictions to come, the stark realities of where we are headed are laid out plainly in the document.

Drought brought by climate change isn’t going away, and each year adds a toll: “Water use that has exceeded the natural supply has pushed the river to a breaking point,” the SNWA/CRCNV plan says. The Colorado River Basin may continue to warm by 2.5 degrees to 5 degrees by the middle of this century, and each degree of warming represents approximately a 5% decrease in runoff.

River flows at Lee’s Ferry, just below Glen Canyon Dam at Lake Powell, have dropped significantly over the past two decades. Measured at 15.07 million acre-feet in 2007, the “average annual natural flow” was approximately 12.19 million acre-feet from 2000 to 2022. 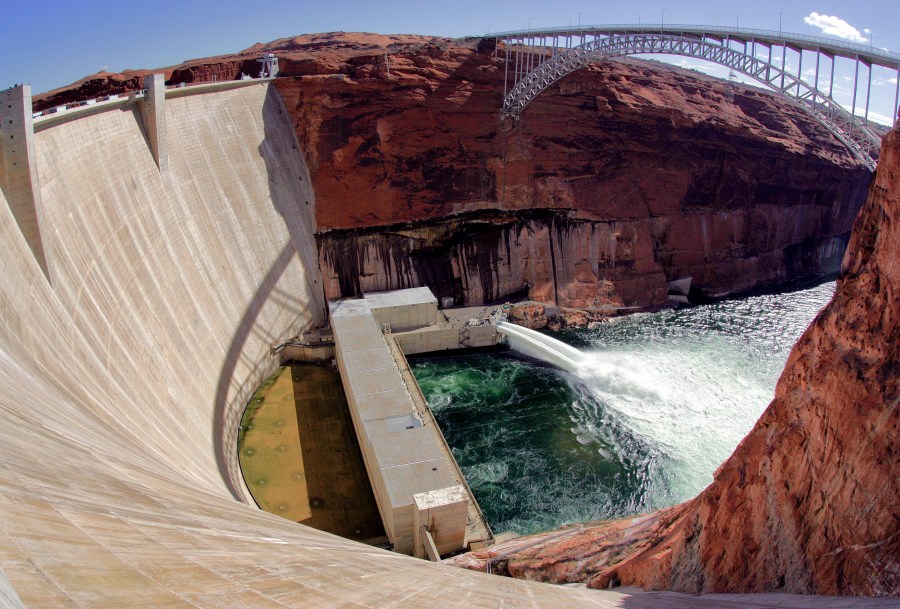 Awareness of the drought in Las Vegas has risen as the level of Lake Mead has fallen. The “bathtub ring” shows how high the water reached before the largest reservoir in the country started to drop.

Currently, the lake is at 1,044.7 feet — a measurement of the altitude of the lake’s surface compared to sea level. That’s about 175 feet lower than it was in 1999, just before the drought began.

“Levels at Mead and Powell have basically stabilized since August as a result of extraordinary operations at other reservoirs — like Flaming Gorge and Blue Mesa,” according to Kyle Roerink, executive director of the conservation group the Great Basin Water Network. “Without those other systems propping things up, we would likely be in a much more difficult management situation with less wiggle room.”

“While the Bureau predicts Powell’s level to increase, federal officials expect Lake Mead to crash another 20 feet by mid-summer 2023,” he said.

Warnings in the framework drafted by SNWA and CRCNV state that if water use is not addressed in 2023, it could mean a 30-foot drop at Lake Mead. Worse yet, the lake level could plunge 70 feet if the federal government continues to prioritize power production at Glen Canyon Dam.

“It is well past time to prohibit the inefficient delivery, application, or use of water within all sectors and by all users,” the document says. “There is simply no water in the Colorado River System left to waste and each industrial, municipal, and agricultural user should be held to the highest industry standards in handling, using, and disposing of water.” 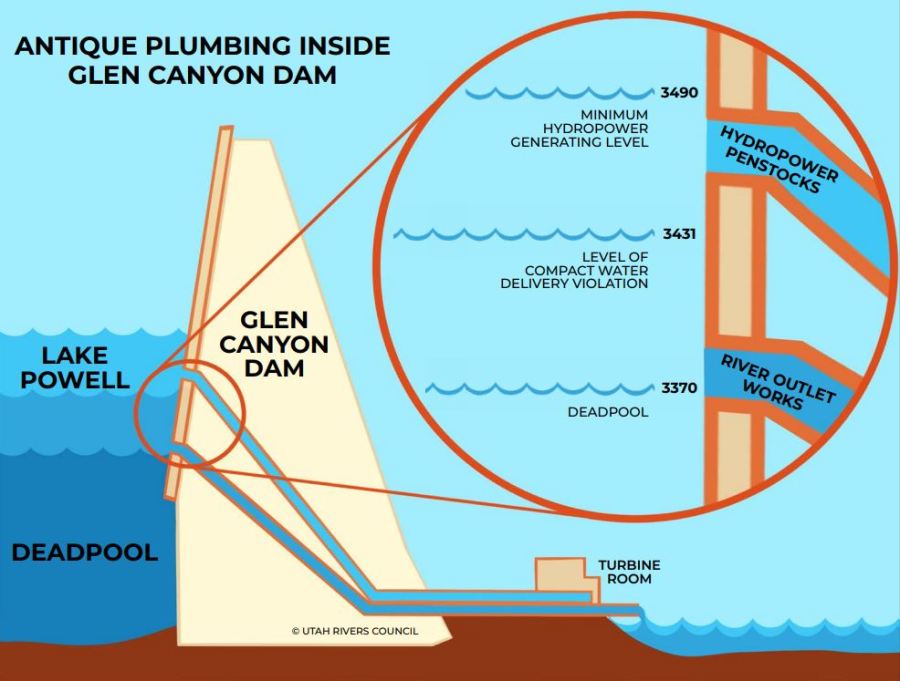 A graphic produced by the Utah Rivers Council shows critical elevations at Lake Powell and Glen Canyon Dam. Conservationists criticized the dam for its “antique plumbing.”

To that end, SNWA and CRCNV propose further reductions of water use in the Upper Basin states if Lake Powell drops to 3,550 feet — 10 feet above the level that’s necessary to continue power generation at Glen Canyon Dam.

The plan essentially draws a line. If the federal government wants power from Glen Canyon Dam, the water has to come from savings upstream — not from cuts to water that would normally flow downstream to Lake Mead for use by Arizona, Nevada and California.

Why should anyone listen?

SNWA speaks with authority in saying goals are reachable. The agency has been the voice of conservation efforts in Southern Nevada that have produced enormous water savings.

“By investing in conservation programs and anticipating future water-supply problems, Nevada has reduced its consumptive use by almost 100,000 acre-feet per year over the last 20 years, despite adding approximately 750,000 people,” SNWA says in the document.

The agency has been in the lead offering incentives for homeowners and businesses to remove “ornamental” turf grass that consumes water that cannot be reused. Restrictions on water use by golf courses is among the next steps that are in place.

But each of the states that were supposed to work together to meet Reclamation’s goal of saving up to 4 million acre-feet of water had their own success stories leading up to August. Bureau of Reclamation Commissioner Camille Calimlim Touton — a UNLV graduate — rejected states’ proposals when the deadline arrived, saying they were not of “sufficient magnitude” to achieve savings of 15-30% of water usage.

Power production at Lake Mead could be the next big issue in 2023 if water levels fall below 1,000 feet, considered the minimum elevation that would drive the wide head turbines at Hoover Dam. 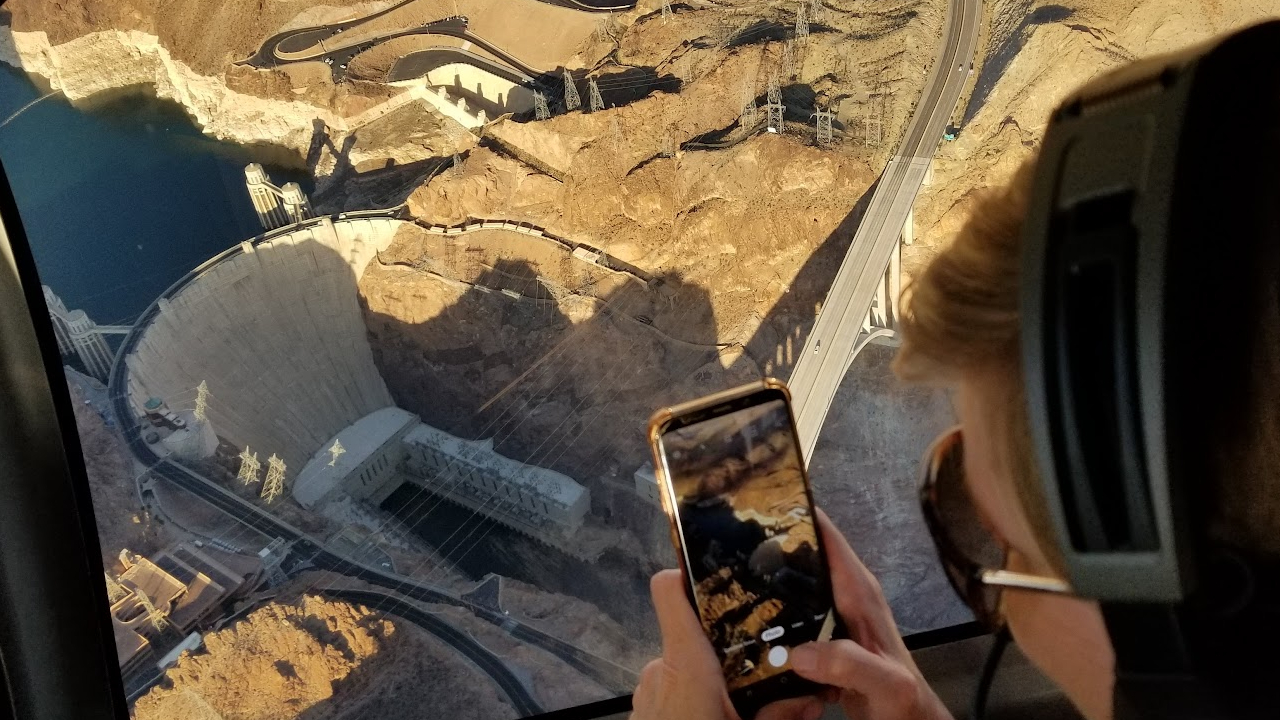 “For every 25 feet further decline in elevation at Lake Mead, it is estimated that approximately 250,000 MWh of energy and 125 MW of capacity will be lost at Hoover Dam. This is in addition to the approximately 2.3 million MWh of energy that Hoover contractors have lost since the start of the drought,” according to the plan.

Nevada officials worked behind the scenes with colleagues in Arizona and California to continue to hammer out agreements, and the Dec. 20 plan was the first public attempt to offer a comprehensive plan extending beyond commitments by any one state. The plan was submitted to the Department of the Interior in support of the government’s efforts to update a 2007 study with a Supplemental Environmental Impact Statement.

In the end, the Department of the Interior will have to decide whether Nevada’s plan has merit. Interior is expected to move forward in some way in January.

SATURDAY: Evaporation, power and priorities in the Nevada water plan